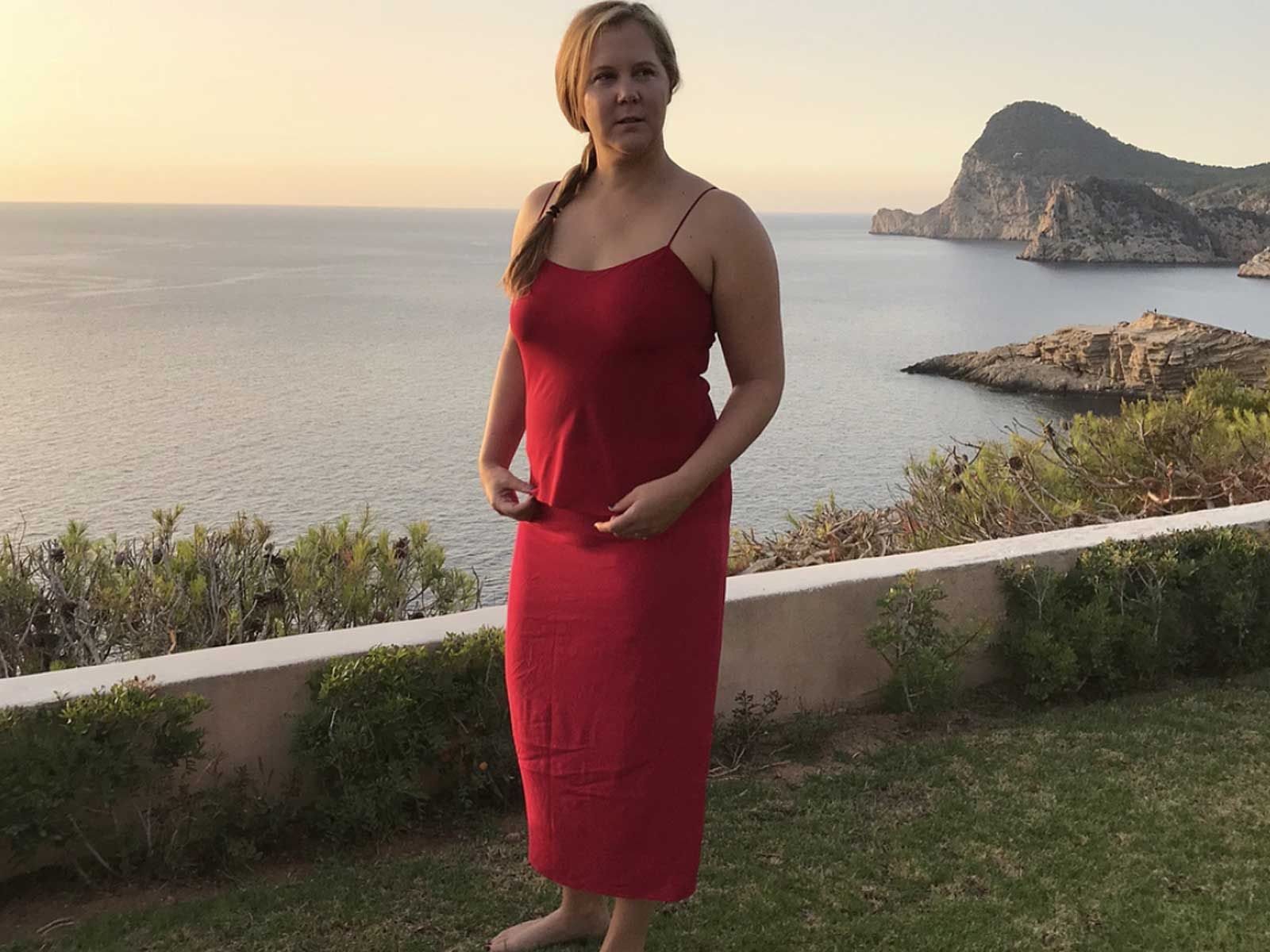 10:44 AM — Inside Amy Schumer is NOT a baby but outside Amy Schumer *is* a new clothing line for all shapes and sizes. Schumer posted a video responding to the baby madness and admitted that she didn't realize she was gesturing to her belly in the photo. Oops.

Schumer and Evans are debuting a clothing line for all bodies at "cool price point" which, really, is even better news for us. Yay!

Amy Schumer might have just told the world that she's pregnant. The actress just posted a suspicious photo on social media where she appears to be gesturing to her belly and included a cagey caption writing that she is "cookin somethin Up." Perhaps she's cookin' up a bun and perhaps that bun is cookin' in her oven?!

She also included an adorbs photo with her new hubby in the post, fueling the theory that she might be preggers.

In the caption, she tagged costume designer Leesa Evans which makes the possibility even more suspect. The talented Evans could likely come up with some fabulous maternity clothes.

OR she's cookin' up a new work project and doing this all to play with our minds.

Schumer posted a pic six days ago in the same outfit, at the same location but with Colin Quinn with the caption "work."

What does it all mean!?

This would be the "Inside Amy Schumer" star's first child. Schumer got hitched to Chris Fischer in a super-secret ceremony in February on a gorgeous cliffside estate. It was a big deal, Jennifer Lawrence was there. After surprising us all on social media with wedding pics, Schumer posted a note on social media joking that she was not pregnant ... then.

But how about now!?