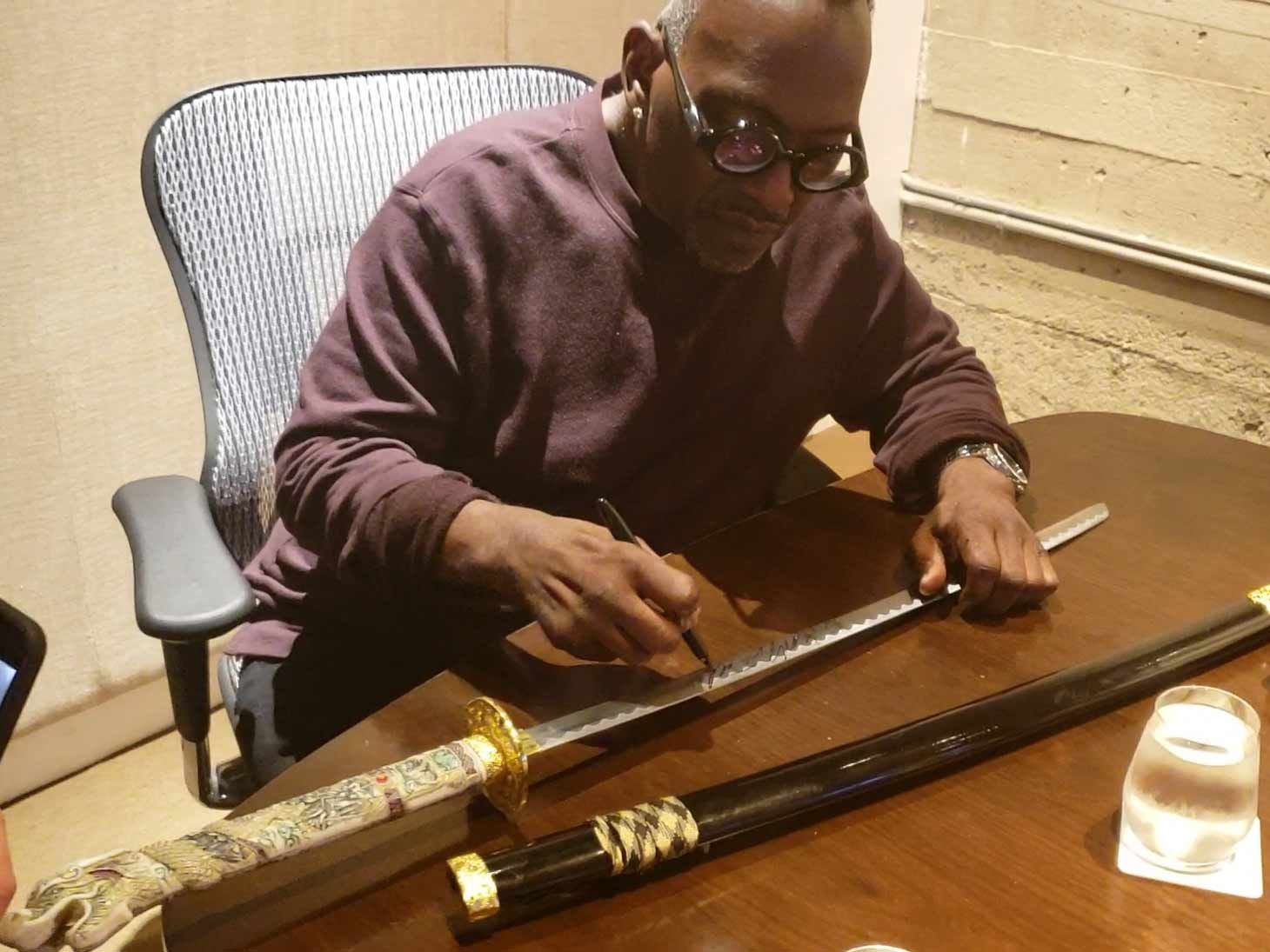 12/20: The event was a huge success, and brought in over $15,000 from the auction. With a matching donation from Credit Unions for Kids, the total donation to Children's Hospital Los Angeles came to over $30,000!

Randy Jackson is recreating an iconic piece of memorabilia "that only 3 people have ever seen in their lifetime," by putting his name on a martial arts weapon, and it's all for a good cause.

Comedian and show host Stephen Kramer Glickman tells The Blast he's a huge fan of the Will Ferrell and John C. Reiley flick, "Step Brothers," and was able to coordinate The Dawg signing a samurai sword as one of the auction's premier items.

Along with the Randy Jackson sword, one of the other items expected to bring in a ton of dough for Children's Hospital L.A. is an exclusive Funko Dorbz Mickey Mouse doll, which comes in at a towering height of 5 ft.

The behemoth Funko doll is expected to fetch between $7,000 - $10,000. All proceeds from the event will go directly to Children's Hospital L.A.