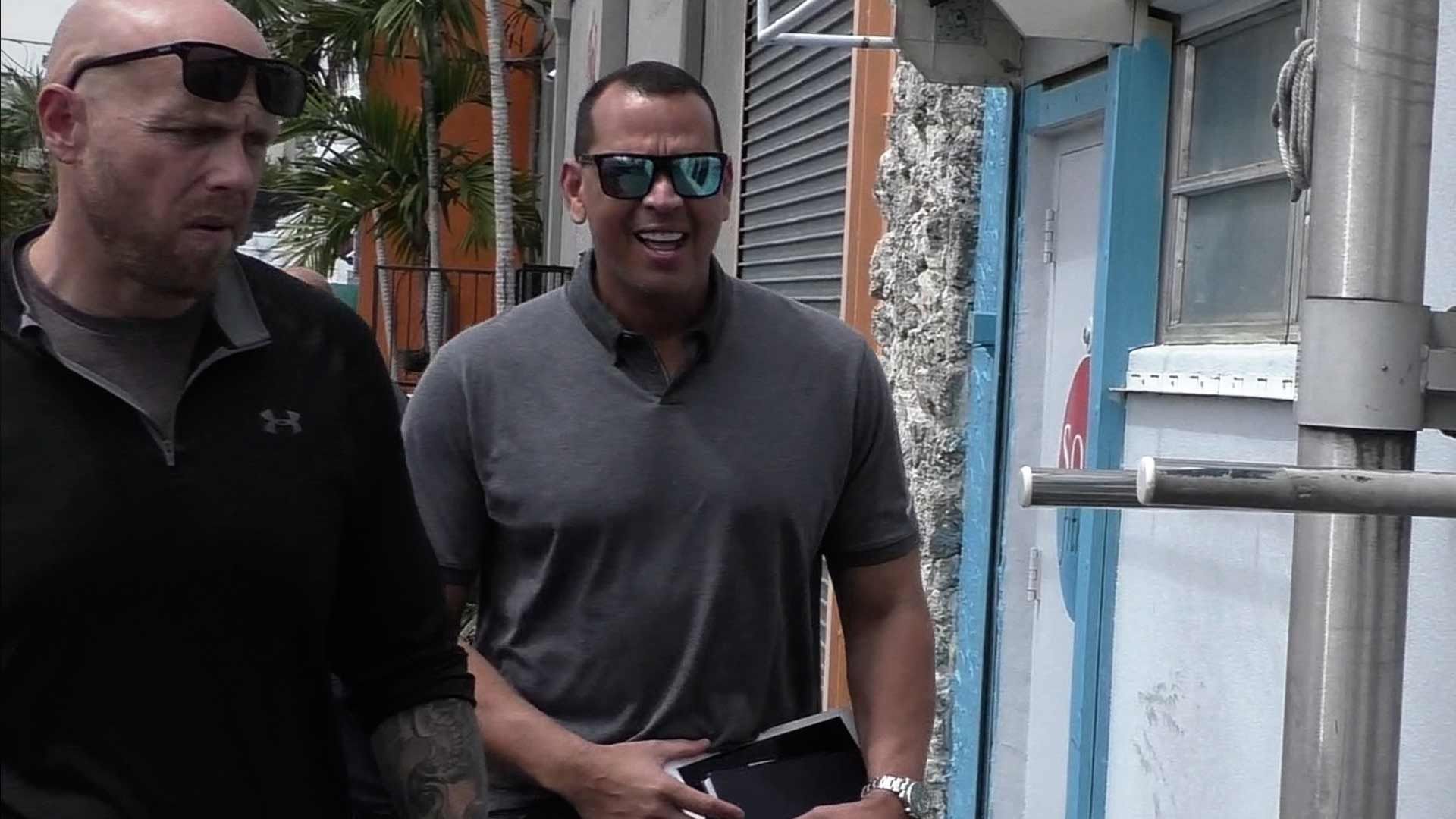 The former MLB star had a big grin on his face when asked about the allegations made by Canseco on the way to a gym session in Miami with his fiancée.

After J. Lo and A-Rod got engaged, Canseco went on a Twitter rant claiming A-Rod is cheating on the singer with Canseco's ex-wife, Jessica, and he hasn't stopped hurling accusations since.

Meanwhile, Jessica Canseco has made her own statement debunking her ex-husband's claims, but he's continuing to trash A-Rod on Twitter, and ripping his ex in the process.

"You lied to defend that piece of s*** Jessica I told you to not open up that can of worms time to polygraph and tell the truth now," Canseco tweeted on Wednesday before directing his attention at A-Rod. "Remember when you told me you were man's man Alex show me now how much of a man you really are face the truth face a polygraph," he wrote.

J. Lo doesn't seem to be giving the cheating rumors any thought though -- she was seen entering the gym with her giant rock displayed proudly on her finger.