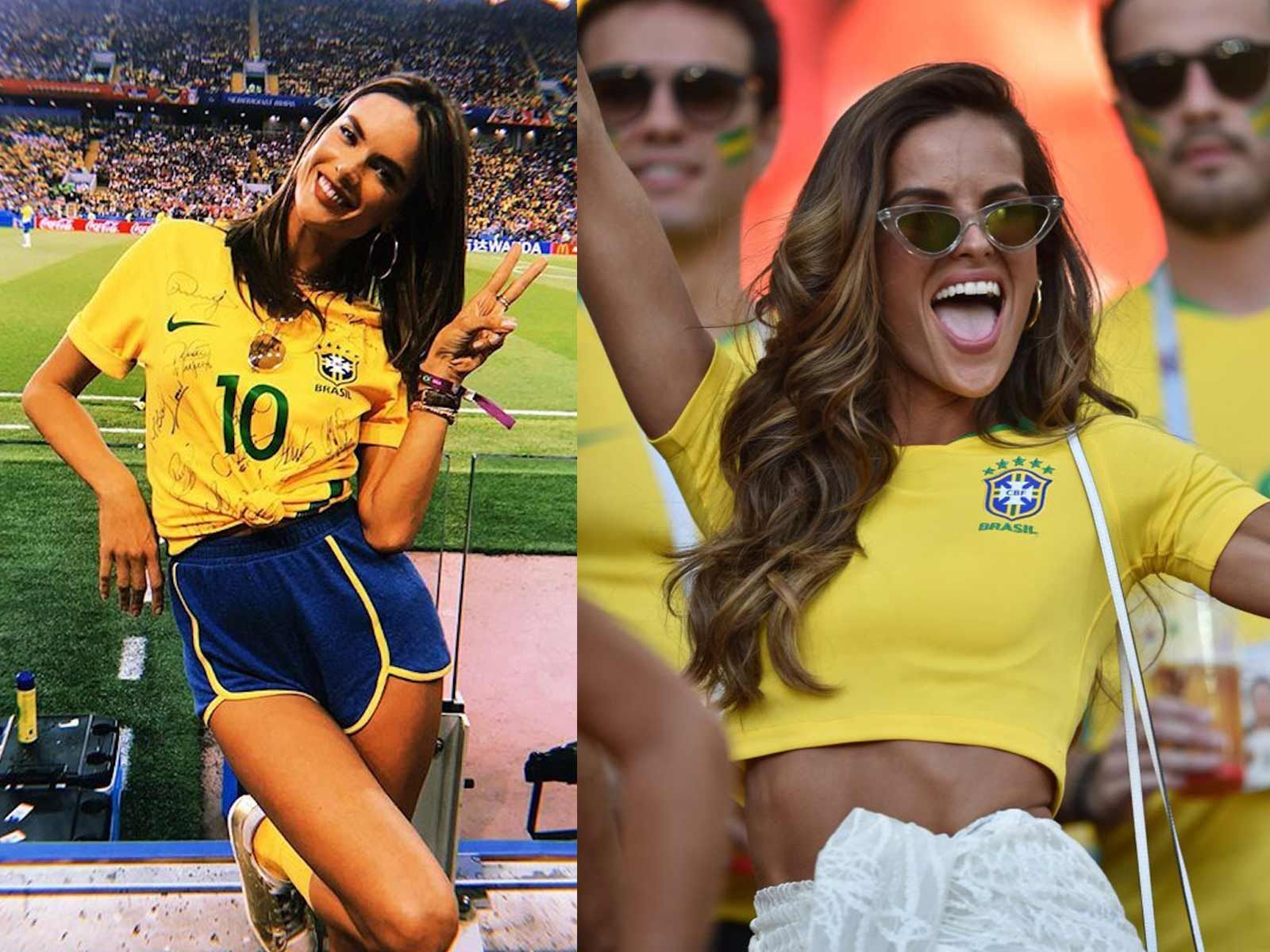 Alessandra Ambrosio and Izabel Goulart were their country's lucky charms as they sat in the crowd during Wednesday's Brazil vs. Serbia World Cup match.

The dois models cheered on their beloved football team as they claimed victory at Spartak Arena in Moscow. The ending score was 2-0 ... one goal for each of the girls ?.

Both showed off their midriffs in team jerseys, but that wasn't enough showing off for Izabel, who wore see-through lace pants exposing her backside. Alessandra opted for more of the traditional game day gear, tying up her jersey, which has a bunch of the players' signatures!

The girls were photographed making all sorts of faces during the game ... screaming, rooting on their team and even blowing kisses into the crowd.

See? Models have a way of motivating people.