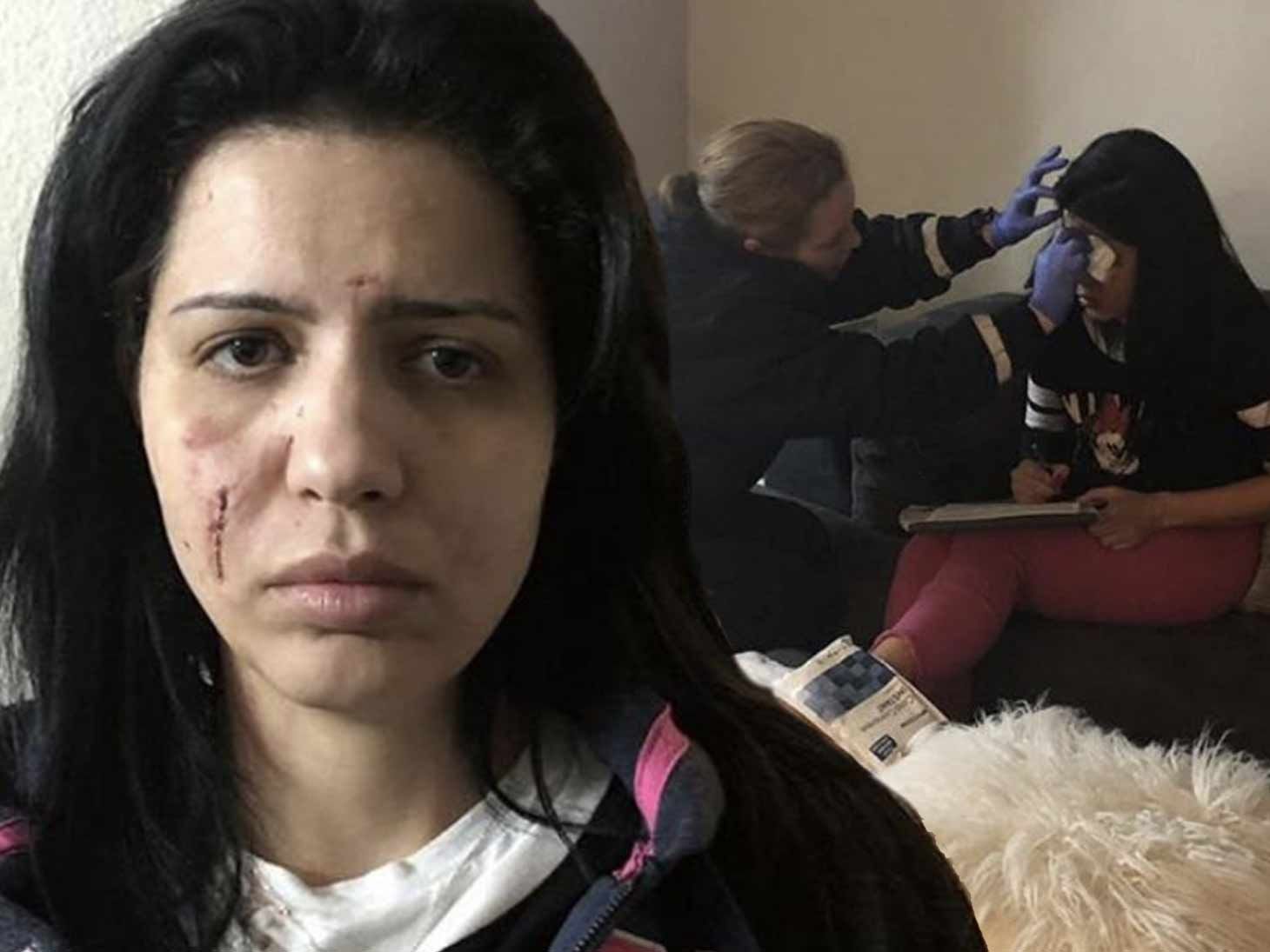 9:20 AM: Larissa has now been arrested for domestic battery in the 1st degree after investigators determined she was the aggressor in the fight. Larissa was booked into the Clark County jail Friday morning and had bail set at $3,000.

She has also already been charged with misdemeanor domestic battery, and is currently being held in custody on a 12-hour "cooling off" period.

"90 Day Fiancé" star Larissa Dos Santos Lima allegedly got in a vicious brawl with her husband left her bruised and bloody, and police are currently searching for the man allegedly responsible.

The injuries allegedly happened during a vicious fight between Lima and husband Colt Johnson Thursday night during a fight at their Las Vegas area home.

The photos appear to show Lima's scratched and bloody face, as well as multiple other injuries to her body. The reality star, hailing from Brazil, claims Johnson attacked her during an argument. She also claims she scratched him while she was trying to protect herself.

Other photos of the incident appear to show a police and ambulance response, as well as Lima being treated by emergency workers.

Officials from the Las Vegas Metropolitan Police Department tell The Blast they responded to a domestic battery call at 11:23 PM after a female called requesting help.

We're told Johnson was not home when police arrived, and Lima was treated on scene for her injuries. Police are currently trying to locate Johnson, and we're told there is a 24-hour window where he can be arrested on the probable cause related to the incident. If he's able to avoid authorities for longer than 24-hours, then detectives will need to present evidence before an arrest is made.