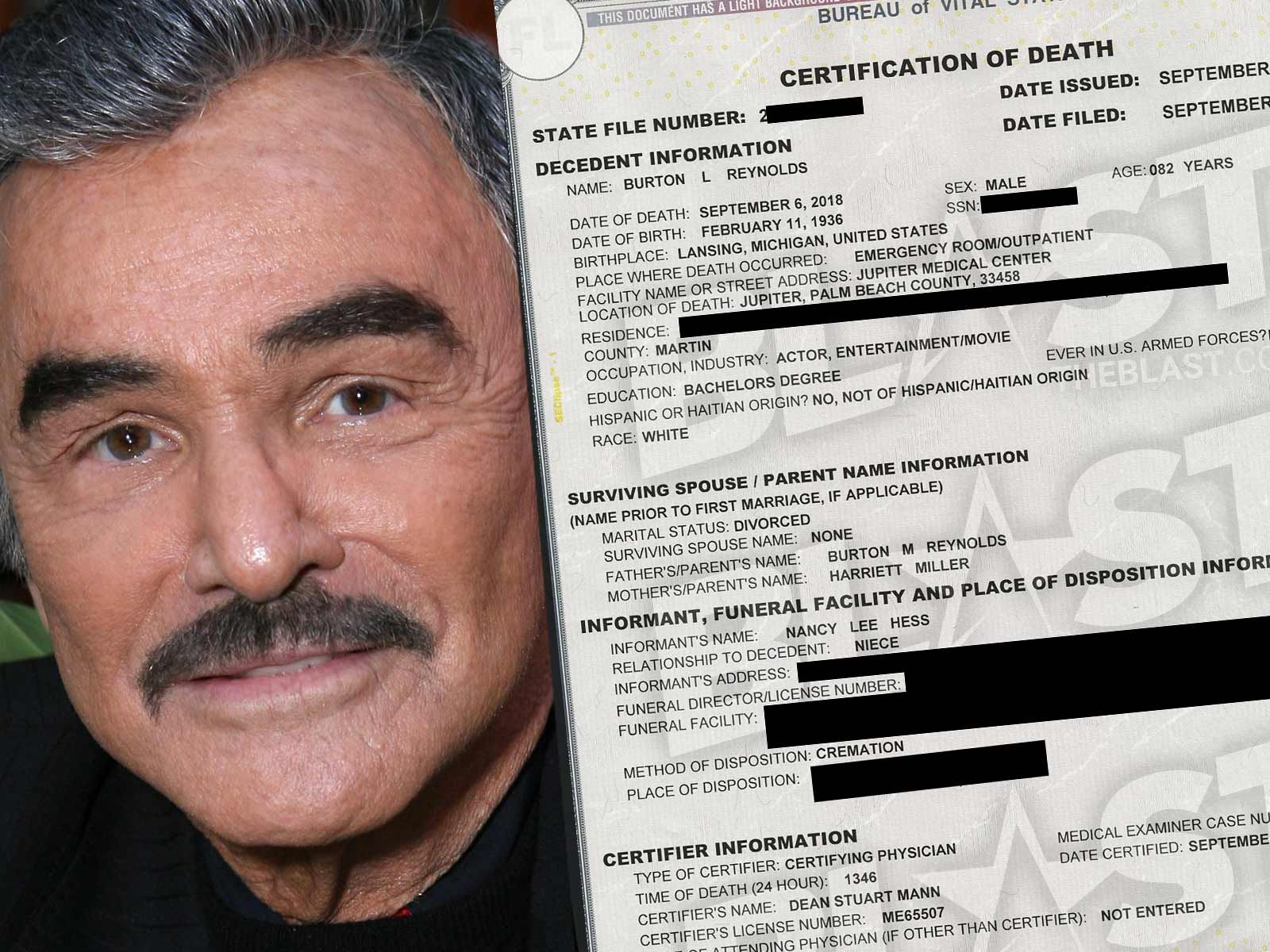 Burt Reynolds' body will not be entombed in a crypt or given a lavish mausoleum for fans to visit, because the actor's remains have already been cremated.

According to the actor's death certificate, Reynolds was cremated at the Gold Coast Crematory in Florida. It appears his niece, Nancy Hess, is in charge of the remains.

Other interesting notes on Reynolds' death certificate reveal he had a Bachelors Degree and list his occupation as an actor.

During the 911 call made to the Martin County Sheriff's Office, a man said the "Smokey and the Bandit" star was experiencing trouble breathing and chest pains.

It's unclear if there will be a public memorial for Reynolds or if his niece will choose to scatter his ashes someplace significant.