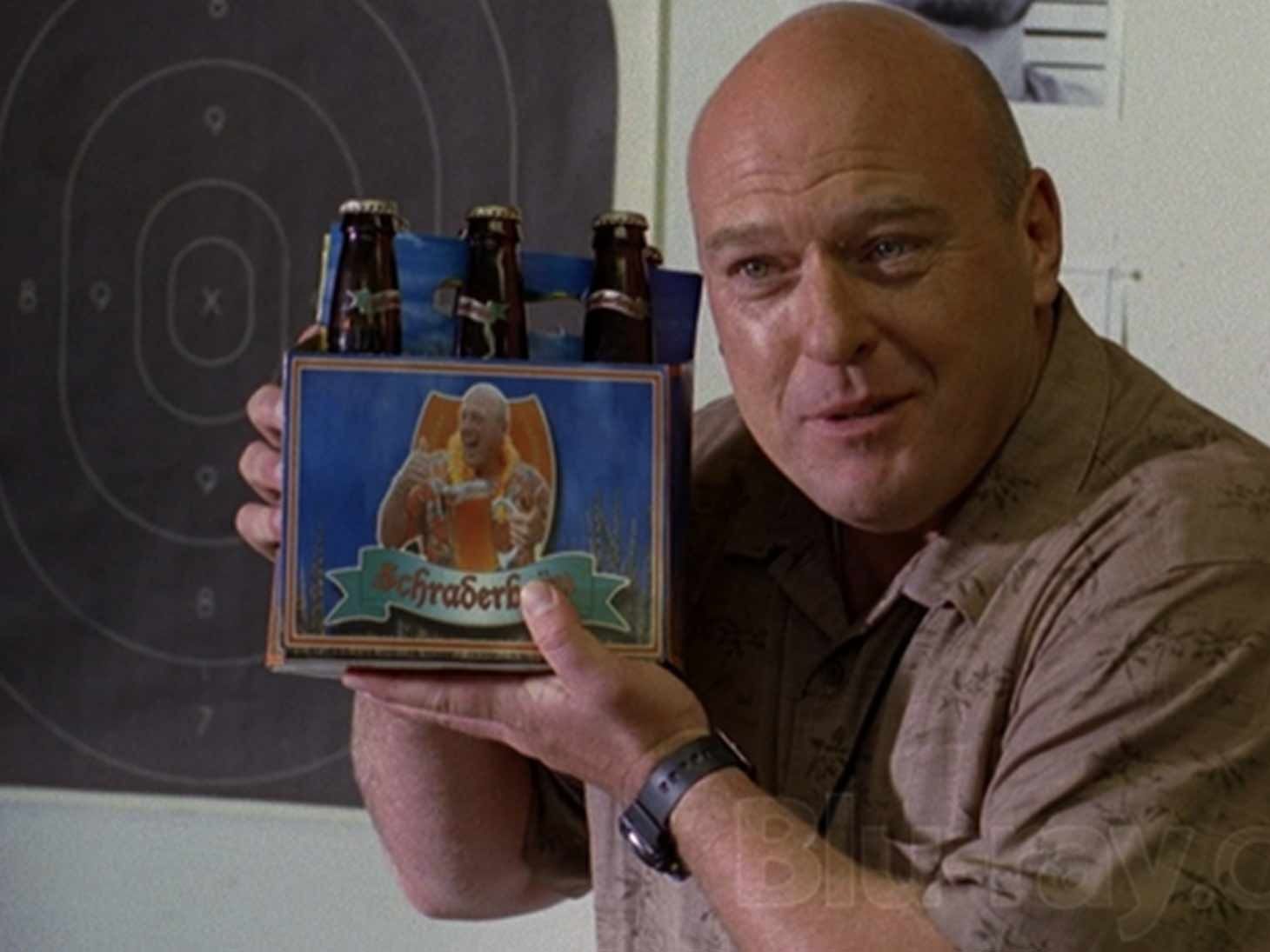 Hank Schraeder may be long gone, but his special home brewed beer will continue to live on with Sony, who plans on producing and marketing a line of Schraderbräu.

According to records obtained by The Blast, Sony Pictures Television filed paperwork to trademark "SCHRADERBRÄU" for the purpose of beer. They also plan on using the name to market drinking glasses, bottle openers, t-shirts and signs.

The name comes from Dean Norris' character of Hank Schraeder on "Breaking Bad." In the show, Hank is seen bottling his German style lager and even created a nifty looking 6-pack with his face on the logo.

Norris is actually involved in the the new line of Schraderbräu, and has been teasing production of the beer on his social media. "Smells like silky perfection," Norris said while smelling handfuls of ingredients.

It's unclear when the beverage will officially debut, or if any other stars from "Breaking Bad" will get involved. The cast from the iconic AMC show is still pretty close, and reunited last year on the 10th anniversary of Heisenberg's debut.