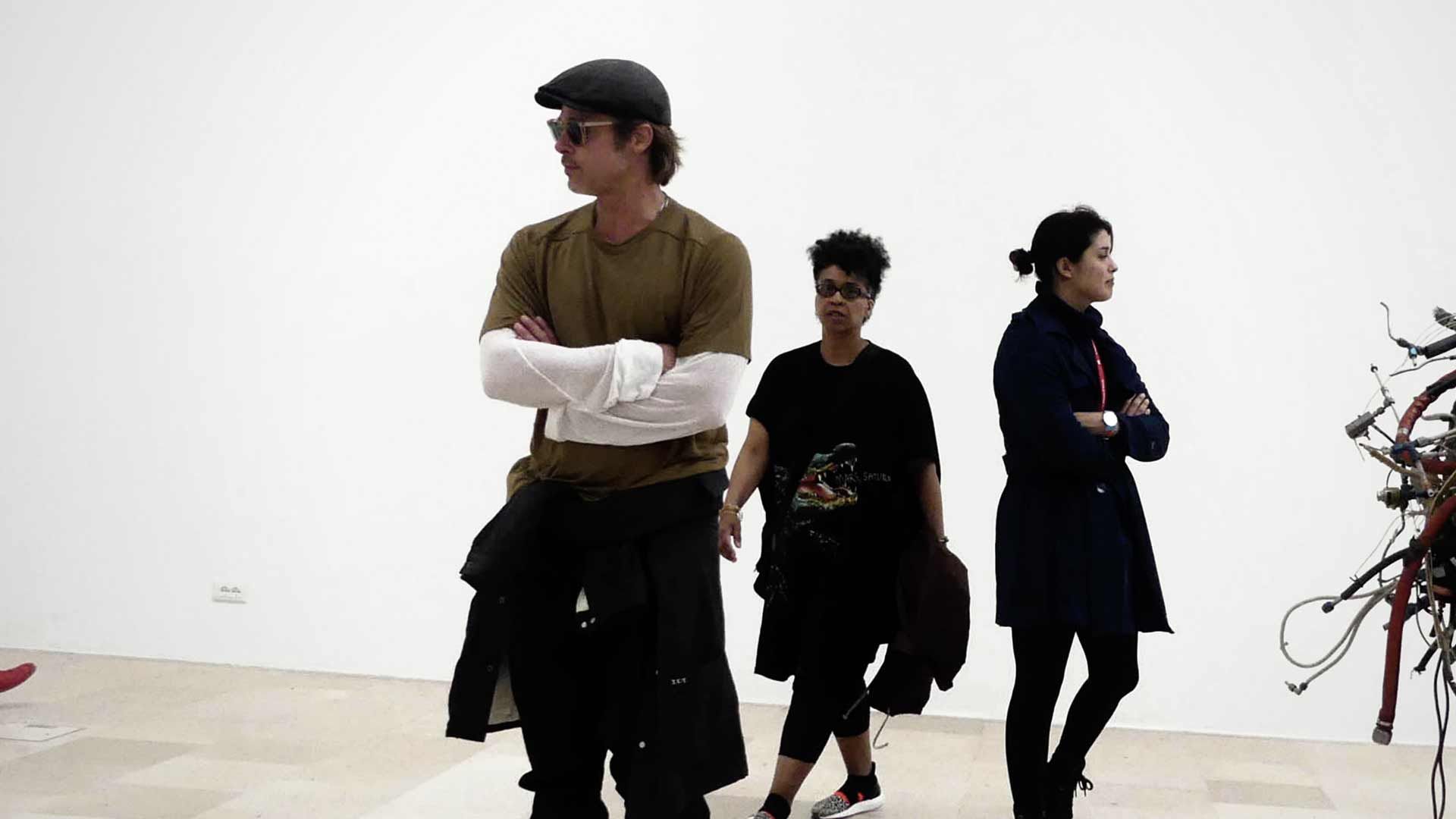 Brad Pitt is taking some time to enjoy the culture in Europe after wrapping up the Cannes Film Festival.

The "Once Upon a Time in Hollywood" star was seen Tuesday walking through Venice with his longtime buddy, Thomas Houseago. Houseago is a British sculptor and reportedly helped Pitt deal with the split from Angelina Jolie by letting the actor hole himself up in his L.A. art studio.

Pitt kept it casual in a brown t-shirt, jeans, sneakers and a jacket while the two hit up the Venice Biennale of Art for the 58th International Art Exhibition, where the theme is "May You Live in Interesting Times."

Pitt was able to mosey about the art exhibit without anybody asking for autographs or crowding around him. He's been known as a huge lover of art, and appeared to be lost in his own thoughts while checking out the various pieces.

Later, Pitt was seen enjoying a relaxing smoke back at his hotel. Probably a nice wind down after the craziness in Cannes.