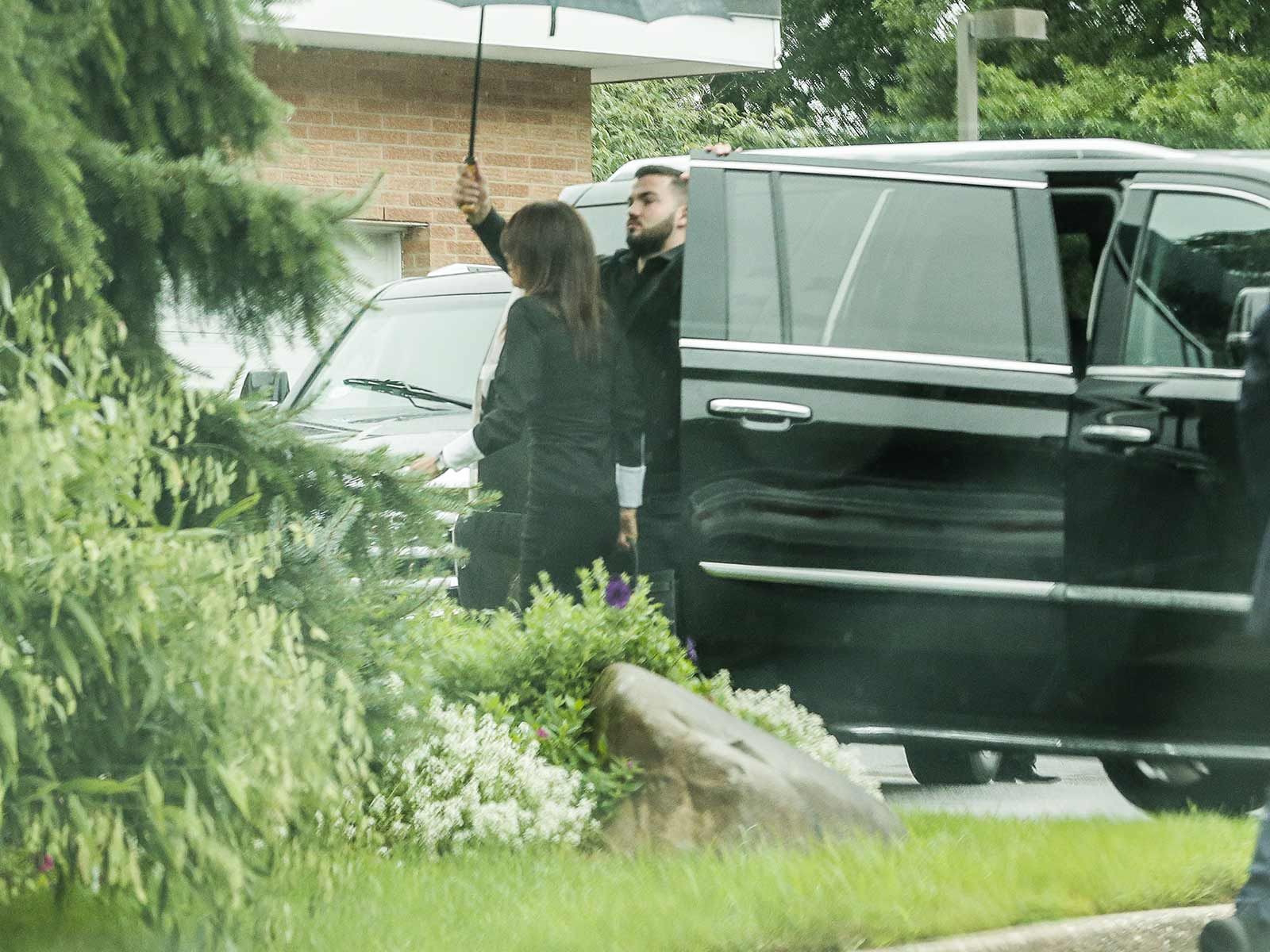 Bethenny Frankel is mourning the loss of her on/off again boyfriend Dennis Shields and arrived to pay her last respects at the man's funeral.

The services for Shields were held Monday on Long Island, and the "Real Housewives of New York" star received some assistance from her driver who had an umbrella to combat the rainy morning.

As we reported, 51-year-old Shields died last Friday inside his apartment at Trump Tower in NYC. He suffered an apparent overdose, and his death is currently being investigated by the medical examiner.

Days before he died, Shields recorded a podcast and spoke on the trials and tribulations of dating Frankel. He leaves behind an ex-wife and four children.

Bethenny has not yet commented on his death.