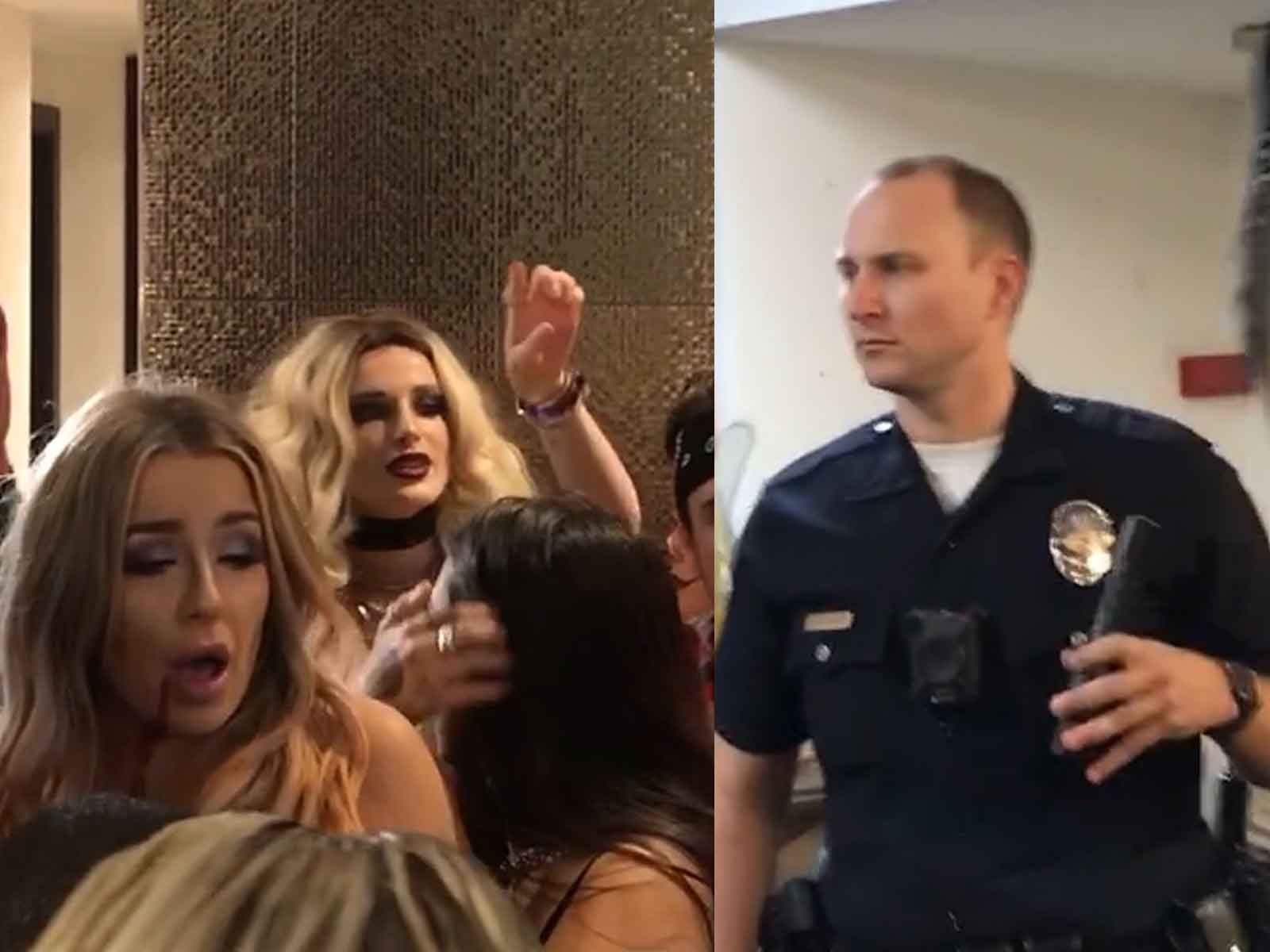 Bella Thorne's Halloween Party Shut Down by Cops, Belly Dancers & Snake Left Out In the Cold

A Halloween bash in the Hollywood Hills with Bella Thorne as the guest of honor got so out of control that LAPD choppers were called in to wrangle the crowd.

The party went down Tuesday night at a multi-million dollar mansion is currently labeled the "Clout House" after being rented out by a group of popular YouTube stars. Sources connected with the event tell The Blast Thorne was scheduled to arrive, along with YouTube star Tana Mongeau, just before 1 AM, but even before the stars showed up the crowd at the party had grown into hundreds of fans.

The Blast spoke with Samara Taylor and Marcella Raya, who were hired as belly dancers to arrive with Bella and perform for the VIPs in the party.

The ladies say when they arrived at the party, cops were already conducting traffic down the hill, and they had to fight to drive up to the mansion to unload their gear, which included candelabras and a 6-foot boa constrictor used in their performance by an accompanying snake charmer.

Samara says the party was severely understaffed with security, and she estimates over 700 people were attending, with many waiting in a giant crowd outside unable to get in.

Because of the crazy crowd, and the cops who began storming up the hill to the mansion, the dancers were unable to hook up with Bella for their performance after scrambling around all night. The star did show up dressed as the bride of "Chucky," and was seen trying to control the flow of people into the house shortly before the party ended.

We're told as the dancers were heading out with their giant snake, LAPD was bringing in the cavalry to shut down the party with multiple squad cars and even helicopter units.

The dancers have not been paid yet for the gig, and are still hoping the organizers of the party follow through with a Halloween treat and cover their expenses for dealing with the hellish evening.

It also doesn't appear anyone got in major trouble -- the party was shut down and everyone sent home.