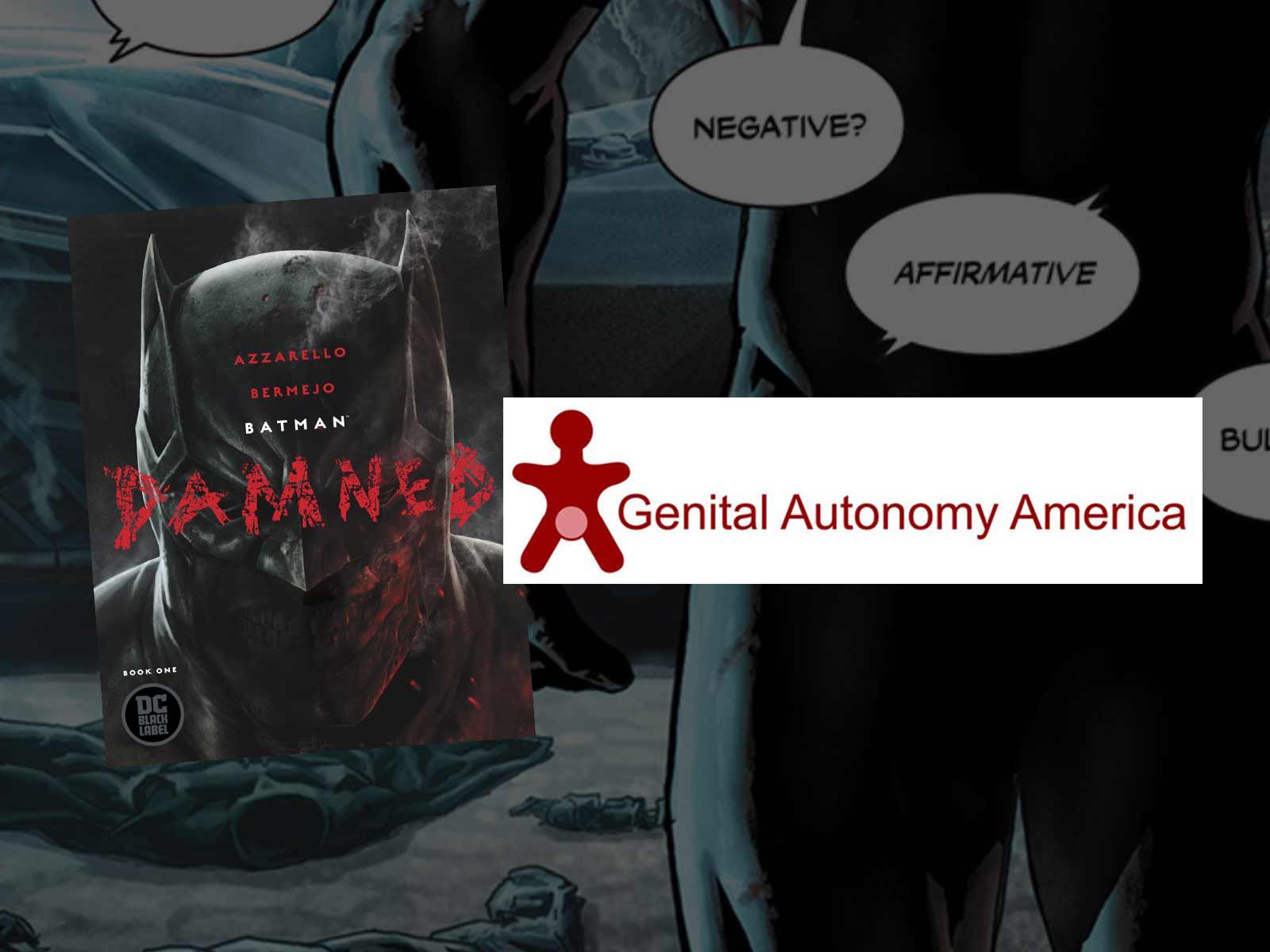 Batman made headlines this week when his penis was revealed in the latest edition of the comic, but now an anti-circumcision group is raging over the fact the artists gave the Caped Crusader a crime fighting helmet.

Marilyn Milos from Genital Autonomy America tells The Blast it's not surprising he would be circumcised, seeing as he was first introduced to fans in 1939, which Milos says is just before the "rate of genital cutting was beginning to reach it's peak."

Genital Autonomy America is a nonprofit advocacy group that promotes the rights of children and infants to keep their "bodies intact" against genital cutting, such as a circumcision.

Milos is adamant, "Non-therapeutic amputation of the normal body part of a non-consenting minor is not only sexual child abuse and a violation of that child's inherent right to bodily integrity and genital autonomy."

She compares Batman to many of the male advocates against circumcision, known as the Bloodstained Men, "They, like Batman, have goodness and right on their side, and my hope is that others who have experienced the unkindest cut also will stand up and protect the most vulnerable among us. It's their body, it's their right!"

She adds that, "The tens of thousands of specialized nerve endings can never be recaptured but some lost sensitivity and lots of pleasure can."

As if Batman didn't have enough childhood issues to deal with.