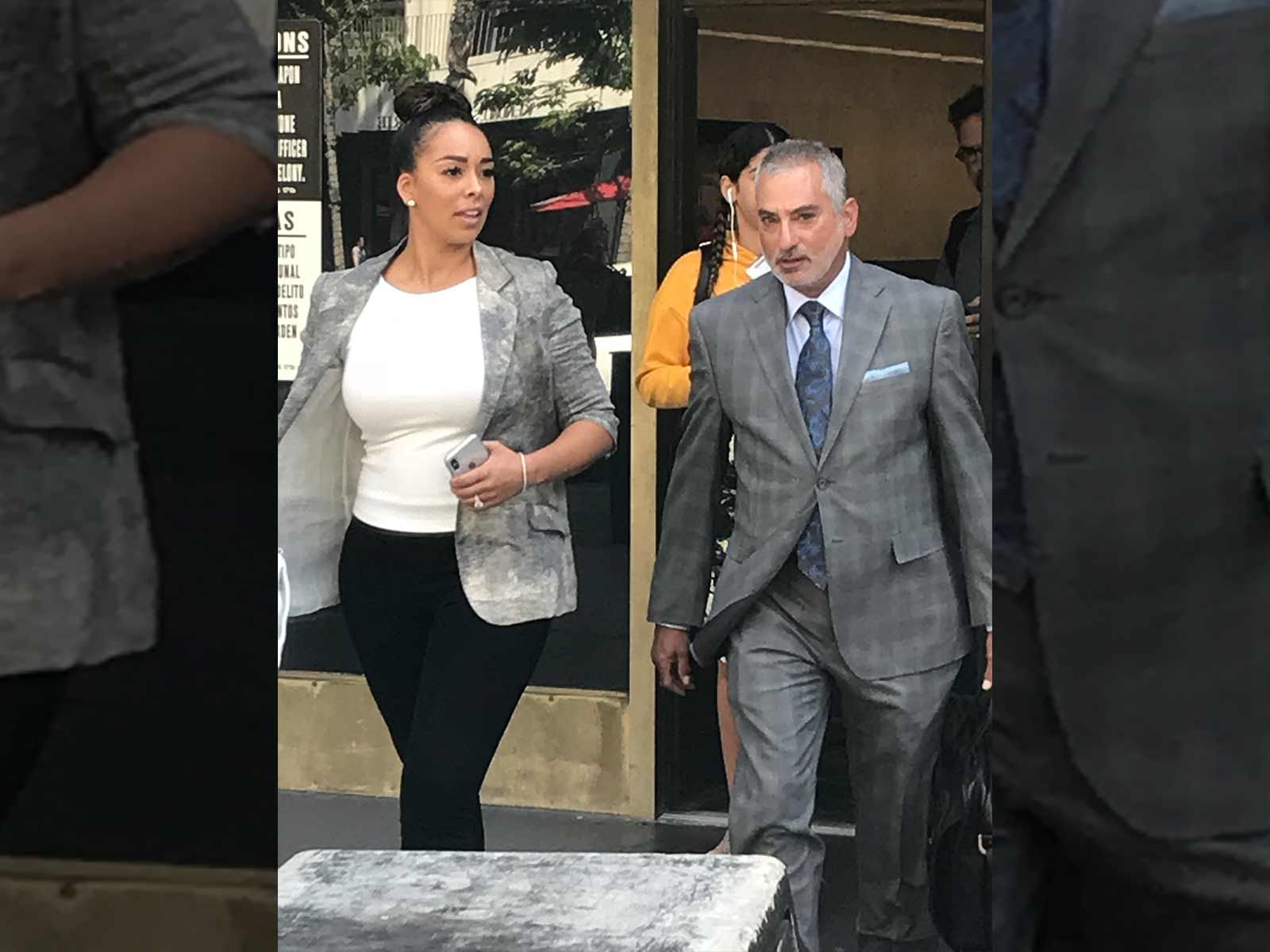 9/28 11:20 AM PT: Govan showed up to court with her legal team and made a solid argument, but unfortunately the judge did not change the custody order, explaining he was going to "refrain" from making any modifications, for now.

Barnes' attorney argued against Govan, claiming the "children are still at risk."

Gloria Govan is continuing to fight for her children and is now asking a judge to give her back primary custody of her twins with Matt Barnes.

The "Basketball Wives" star filed the documents Wednesday, with her attorney Mark Gross, and argues that any "alleged danger to the children" stems from the conflict between Govan and Barnes, but explains that the ex-couple currently has a temporary restraining order in place to prevent any conflict.

Govan's attorney also brings up the fact that she cannot argue her position in the custody battle because she is currently under criminal investigation for her felony child endangerment arrest earlier this month.

However, the reality star is asking the court to order custody back to her and put Barnes back on his previous visitation schedule.

As we reported, a judge recently ordered Govan to only get monitored visitation in 4-hour blocks and granted Barnes' restraining order keeping her 100 yards away from him.

Govan's attorney also filed documents revealing she has had two monitored visitations since the change, and the monitor gave her glowing reviews. Specifically, the documents note she "maintained a safe environment for the twins at all times, especially while they were in the pool." The report also describes the positive relationship between Govan's kids and fiancé **Derek Fisher'**s children.

The filing also claims there was a hiccup in Barnes' time with the kids, because he allegedly sent a nanny to pick the kids up without notifying the monitor, who was not aware of the change and was forced to check the nanny's drivers license.

Both stars are set to face off in court Thursday morning, and The Blast will be there to report the outcome, stay tuned.