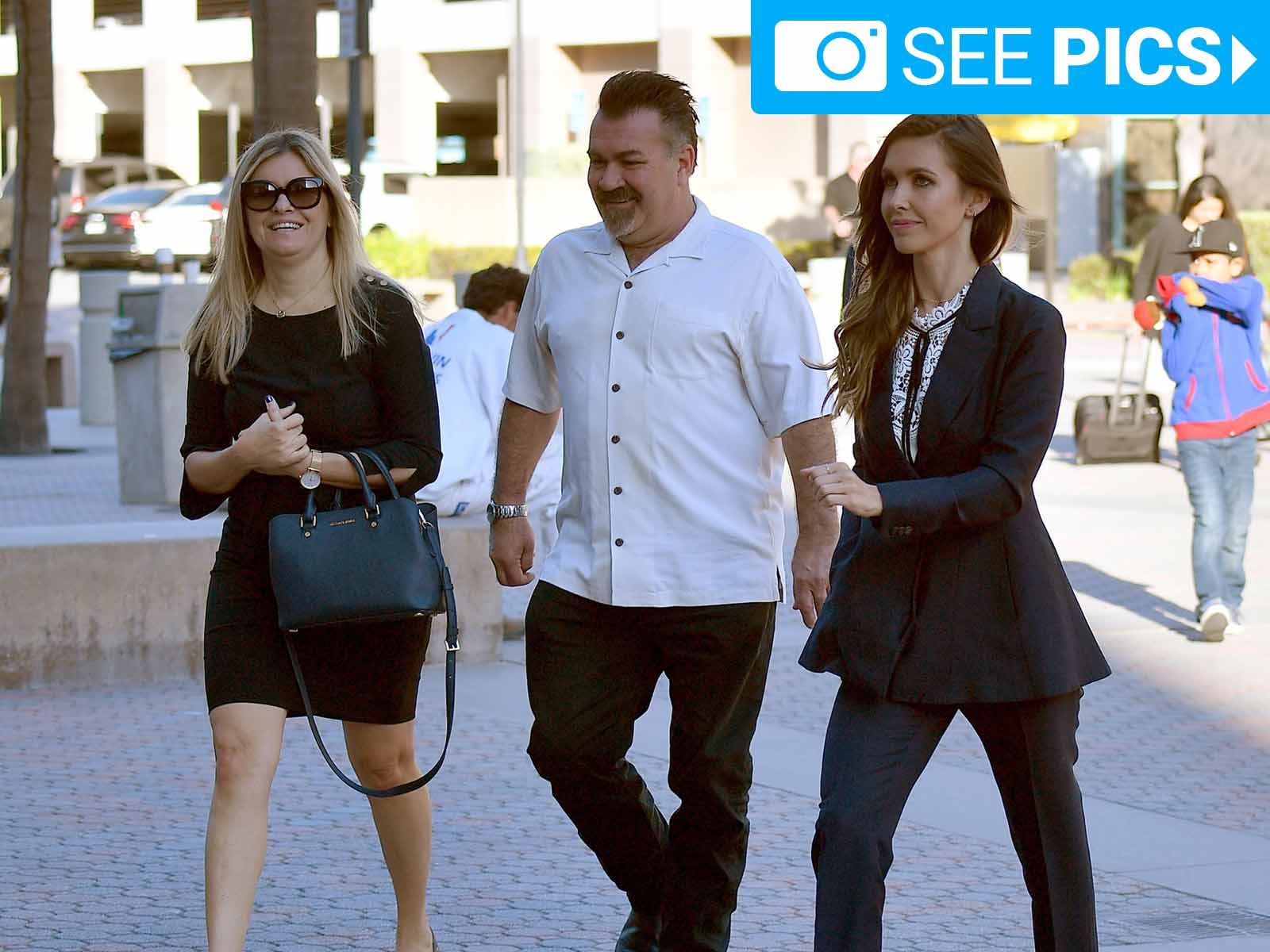 Audrina Patridge and estranged husband Corey Bohan are currently facing off inside an Orange County courthouse after the two accused each other of intense domestic violence allegations.

The former "Hills" star is presently in the hallway of the family court division in Orange County with her lawyer, and Corey is also present with his lawyer.

We're told the two are trying to hammer out an arrangement after Patridge demanded Bohan get out of her house.

The Blast broke the story, Patridge accused Bohan of shoving her while she held their 15-month-old daughter, and then threatening to kill himself. She says his anger and jealousy over her career has escalated to the point of violence. Patridge has filed a restraining order against Bohan over the alleged incidents.

Bohan claims Patridge and her father confronted him and allegedly tried to start a physical fight.

11:00AM: Both Audrina and Corey's legal teams are still discussing the terms for a possible deal. We've confirmed there is NOT a deal in place yet, which is why everyone is still trying to hash it out in the hallway. We're told the debate is currently over the points of a possible stipulated agreement. The case will most likely be continued after they strike a deal.