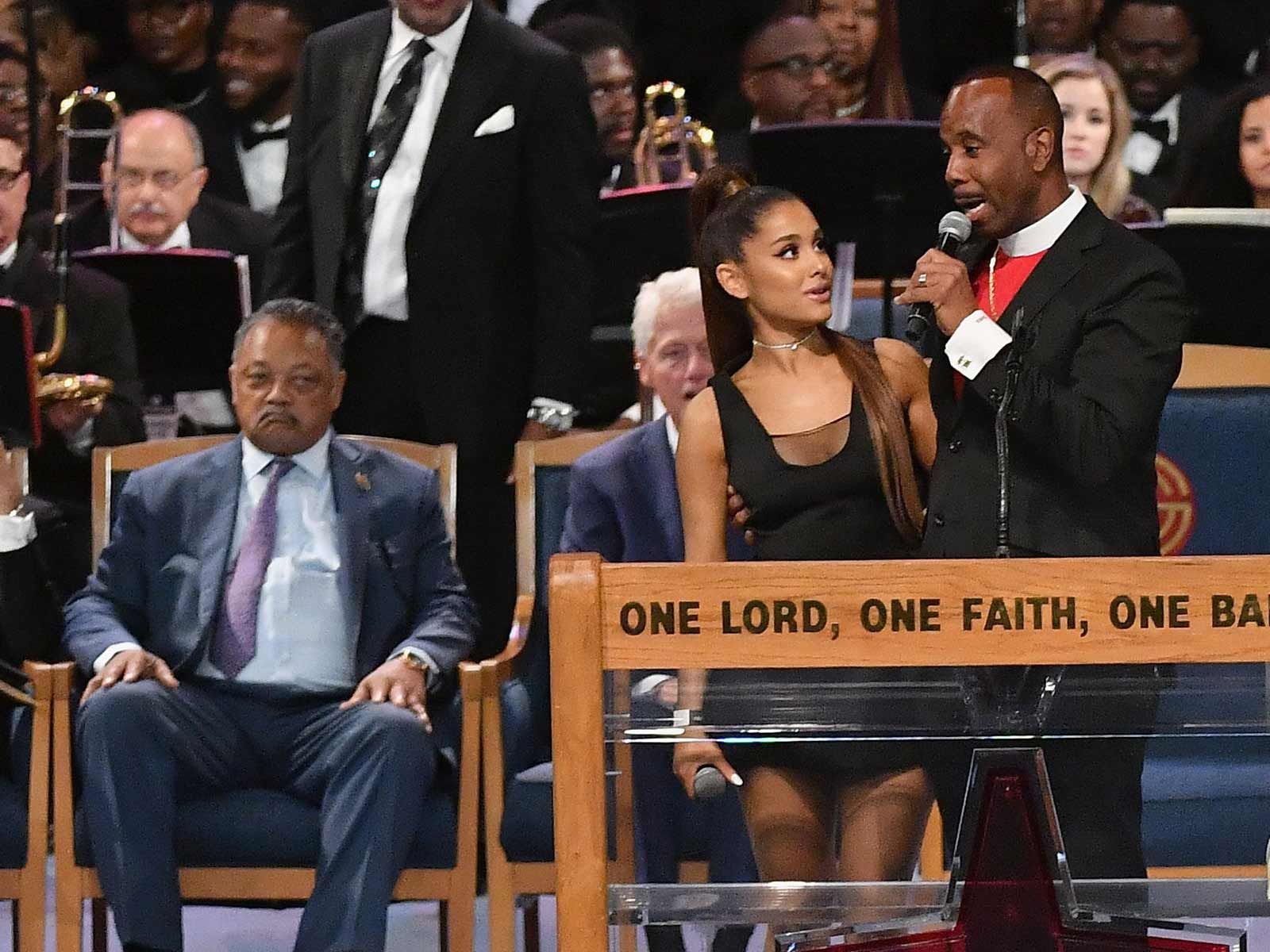 The bishop who officiated the funeral service for Aretha Franklin is apologizing after his physical contact with Ariana Grande during the service drew harsh criticism.

Bishop Charles H. Ellis III told the AP, "It would never be my intention to touch any woman's breast, I don't know I guess I put my arm around her." He added, "Maybe I crossed the border, maybe I was too friendly or familiar but again, I apologize."

During Friday's service, Grande performed "(You Make Me Feel Like) A Natural Woman," and then joined the preacher onstage. She was visibly uncomfortable as the Bishop praised her, while seemingly groping the side of her breast. Her body language appeared to be extremely uncomfortable, and the hashtag, #Respect Ariana, began trending worldwide.

Bishop Ellis also made an off-color joke about her name being confused for a Taco Bell item, for which he has also apologized.

"I personally and sincerely apologize to Ariana and to her fans and to the whole Hispanic community," he explained. He also claimed that during such a long service, it's tough to come up with ways to keep it "lively."

Ariana, or Pete Davidson, have not yet addressed the incident.