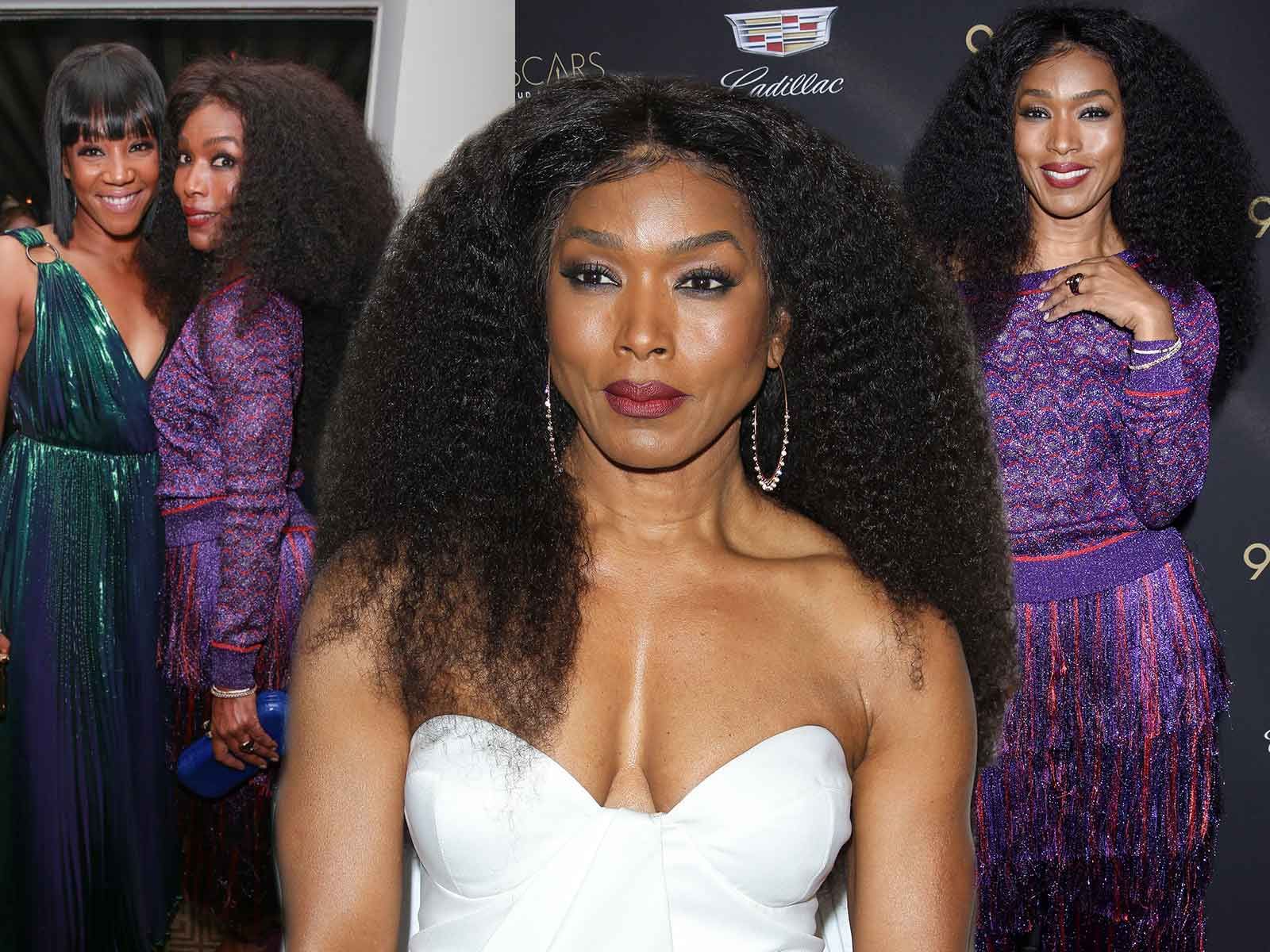 You know you're an A-lister when you hit all of Hollywood's hottest parties in 24 hours — that's exactly how Angela Bassett's Thursday went.

A few hours (and an outfit change) later, Angela was back on the carpet for Cadillac's pre-Oscar party, which was held at the legendary West Hollywood hotel Chateau Marmont. This time she wore a colorful, sparkly shirt with matching tassel skirt.

But that didn't end her night.

Angela made ANOTHER pre-Oscar party stop and this time she didn't have to go far. Upstairs in the penthouse at Chateau Marmont, one of Hollywood's most notorious talent agencies held a private party with bigwigs like Tiffany Haddish, Brad Pitt, Allison Janney and more!