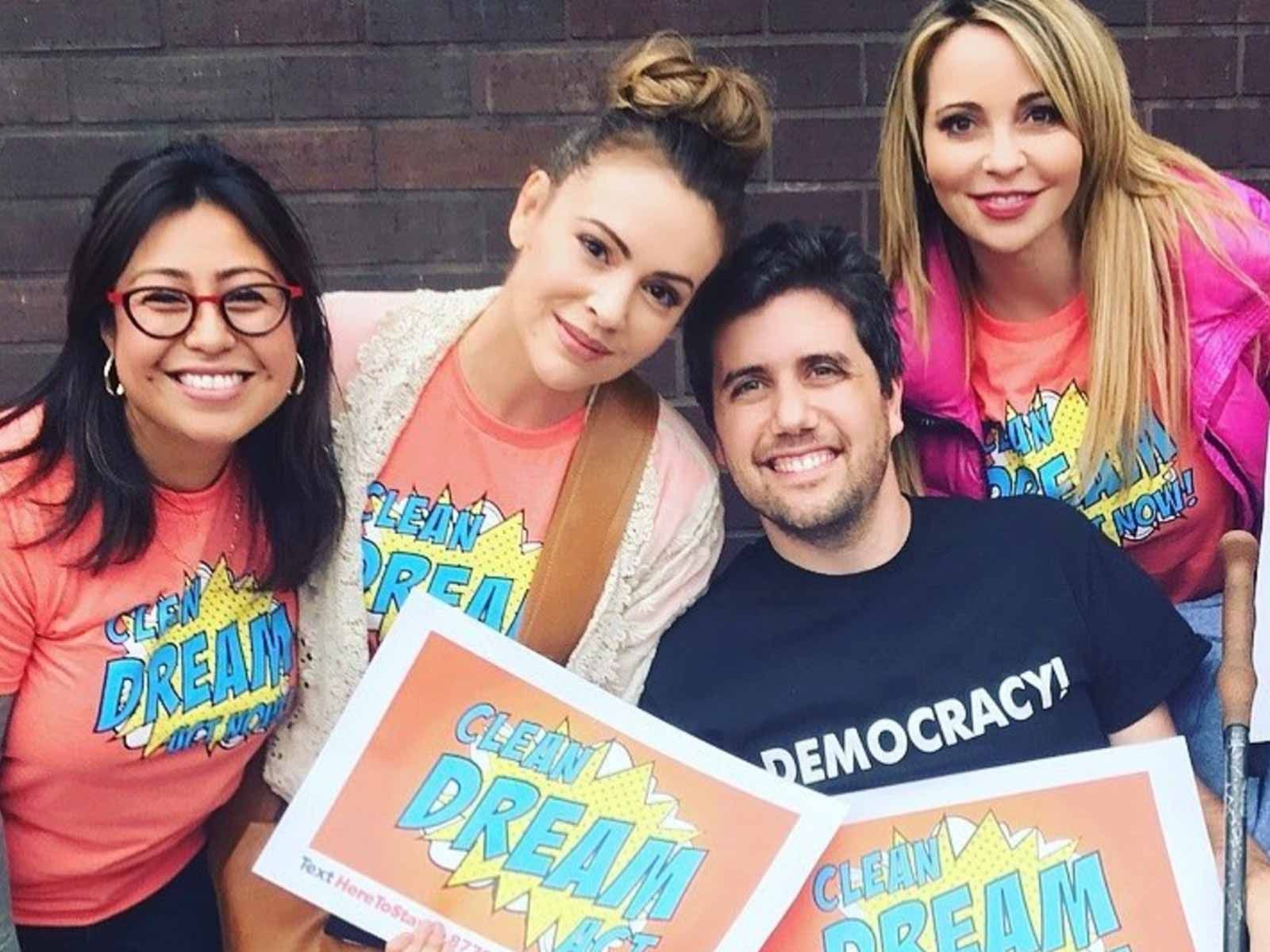 Milano, along with fellow actors America Ferrara and Bradley Whitford, organized a protest and press conference at Senator Dianne Feinstein's (D-CA) office in support of Dreamers.

Milano chronicled the event on social media, where she and fellow protesters donned matching t-shirts and held posters.

The protest culminated in a meeting with Sen. Feinstein, which Milano said was "productive."

"Senator Feinstein recommitted her support for the Dreamers and promised to use her leverage to get a resolution before the deadline," the actress posted on Twitter.

Milano joins the likes of Kim Kardashian and Britney Spears who've all come out in support the Dream Act, which provides the children of undocumented immigrants a path to citizenship in the United States.