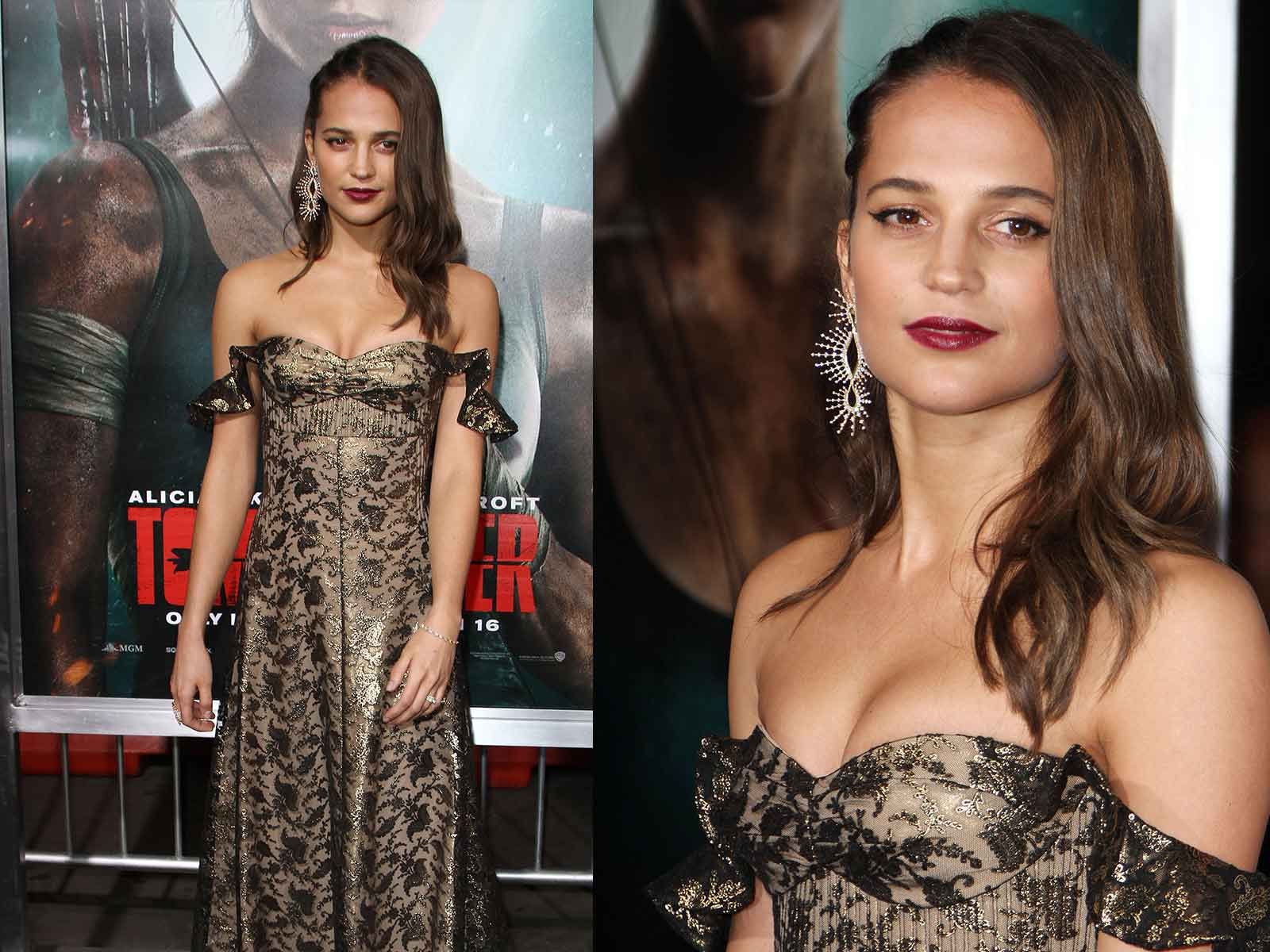 Alicia Vikander sizzled on the red carpet for the "Tomb Raider" premiere at the TCL Chinese Theatre in Hollywood on Monday. Wearing an off the shoulder metallic gown, the new Lara Croft looked every bit the part of a leading lady.

Vikander commanded attention in the figure-flattering dress, rocking her hair down with red lips as she posed for photographers.

The 29-year-old Oscar winner takes the reigns of the death defying character from Angelina Jolie who played Croft in the early 2000s.

Vikander even recalled watching Jolie play the character when she was young.

"I grew up playing the game actually and saw Angelina Jolie up on the screen," she said. "It meant a huge amount back then to finally see a woman lead that kind of action film."