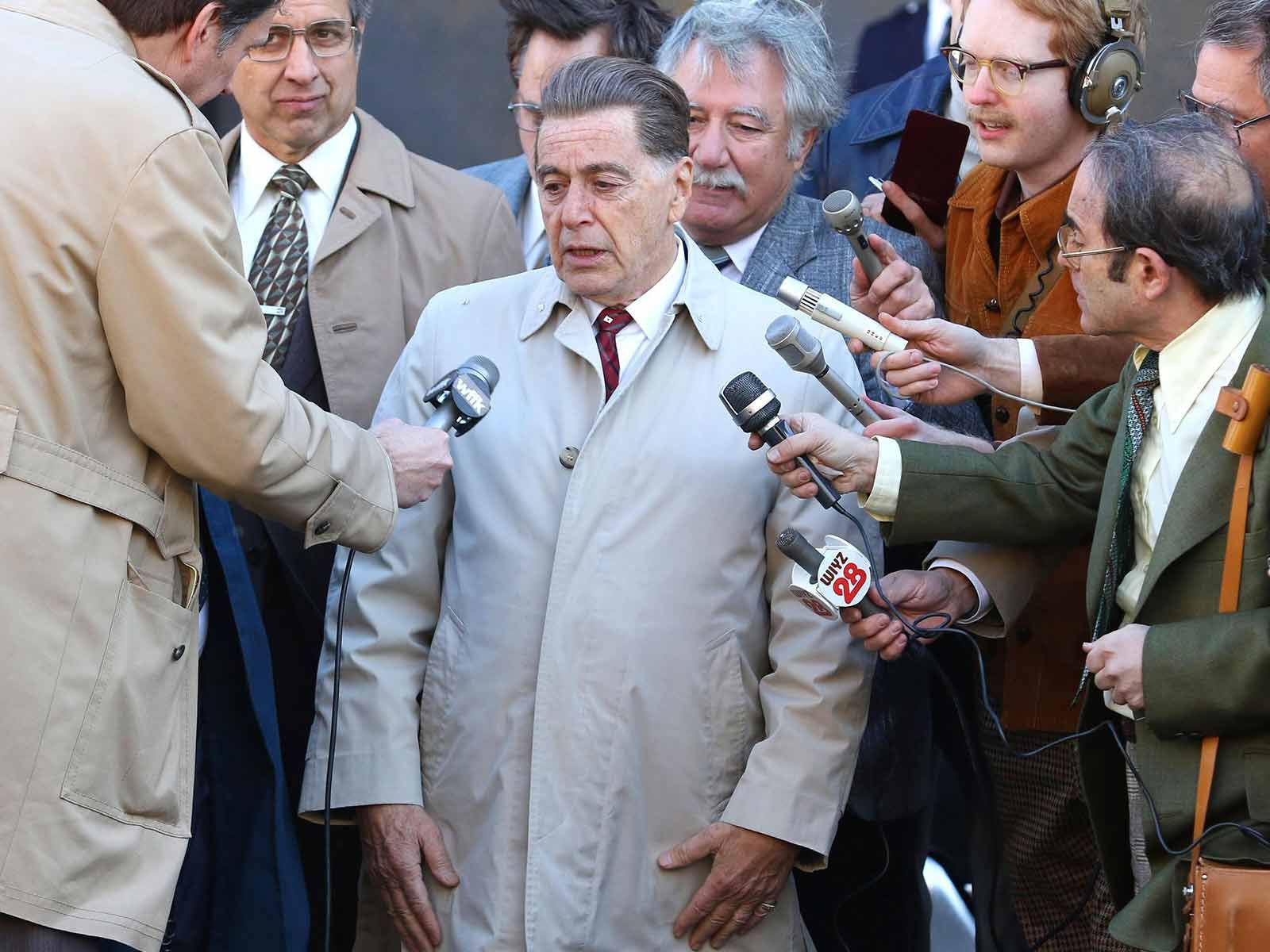 Al Pacino Labors On as Jimmy Hoffa for 'The Irishman'

You may have actually thought Jimmy Hoffa materialized in New York City after disappearing all those years ago, unless you knew it was actually Al Pacino.

Pacino joined Ray Romano Thursday afternoon as they continued filming scenes for Martin Scorsese's "The Irishman," based on the 1975 disappearance of labor union boss Hoffa, and the involvement of union official Frank Sheeran.