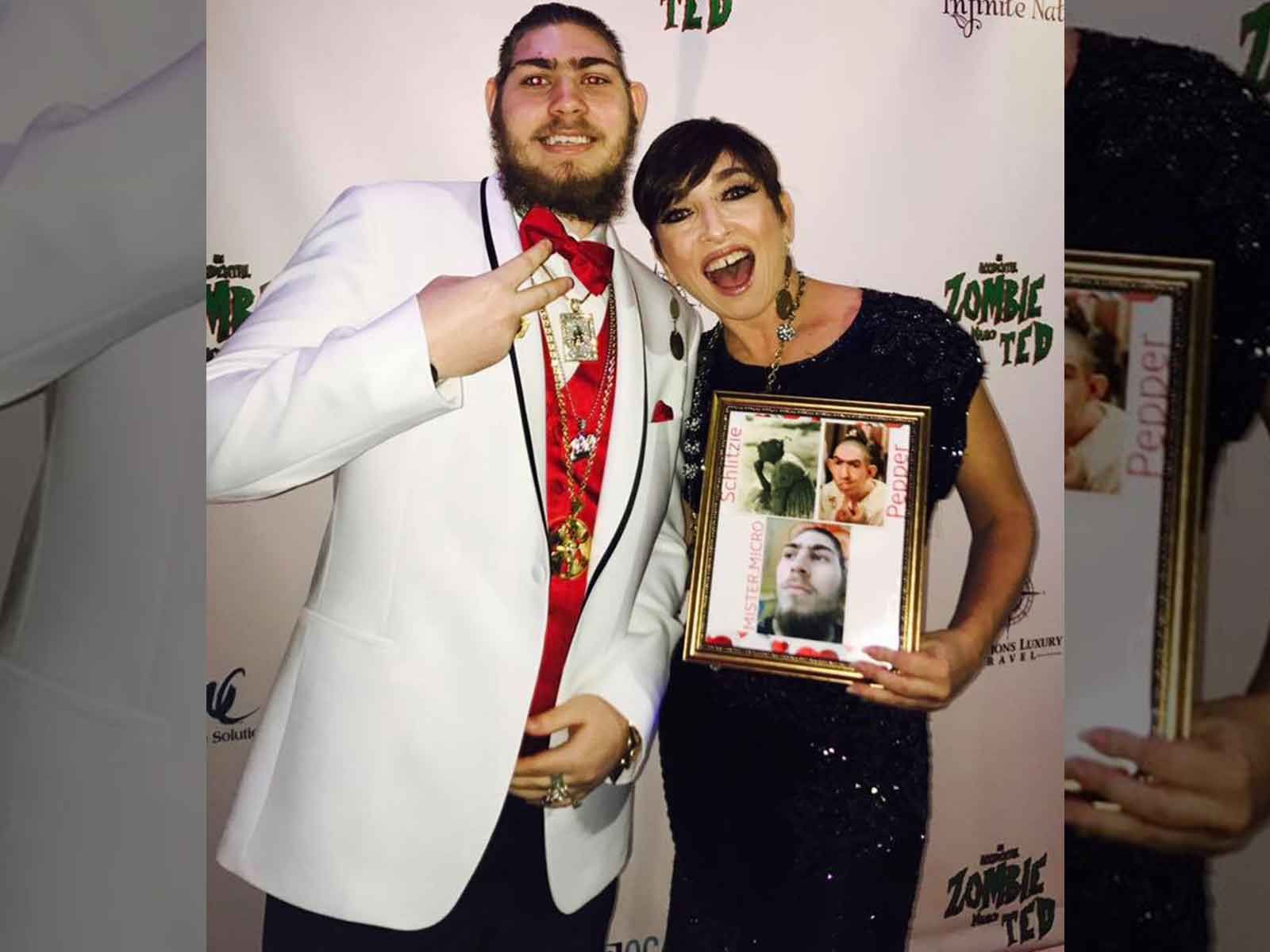 Naomi Grossman, the actress who plays Pepper on "American Horror Story," had a very special meet and greet with her #1 fan that neither of them will soon forget.

What made it so special? "AHS" fan Daryle Koltay happens to be afflicted with the same rare neurological condition as Grossman's character.

Pepper, one of the show's most beloved characters, is afflicted with the disease microcephaly — a super rare genetic abnormality that results in a baby being born with an unusually small head. The condition causes a wide range of possible life-long problems including developmental issues, seizures, etc.

Grossman tells The Blast that Koltay, via his mom, reached out to her on Instagram a few months ago. She explains, "He introduced himself as a 'microcephalic celebrity' so of course, I had to meet him!"

She noticed he lived in Florida — near where the premiere of her new zombie comedy movie "An Accidental Zombie (Named Ted)" was going to be — so she made sure to reach back out and extend an invitation.

"The whole thing was so touching," Naomi says. Daryle and his family dressed to the nines, traveled nearly three hours, and waited an hour to meet with Grossman at the red carpet event in Ocala, Florida Thursday night.

We're told Daryle, who isn't very verbal, seemed visibly excited. His mother, however, teared up. "She said I had no idea how much Pepper meant to their family. That having microcephaly represented on TV, particularly so sensitively, meant the world to them," Naomi says.

Daryl even gifted Naomi a framed collage of Pepper, Schlitzie the famed sideshow performer, and himself.

Naomi says while it was obviously a big moment for Daryle, it was an equally big deal for her to meet him.