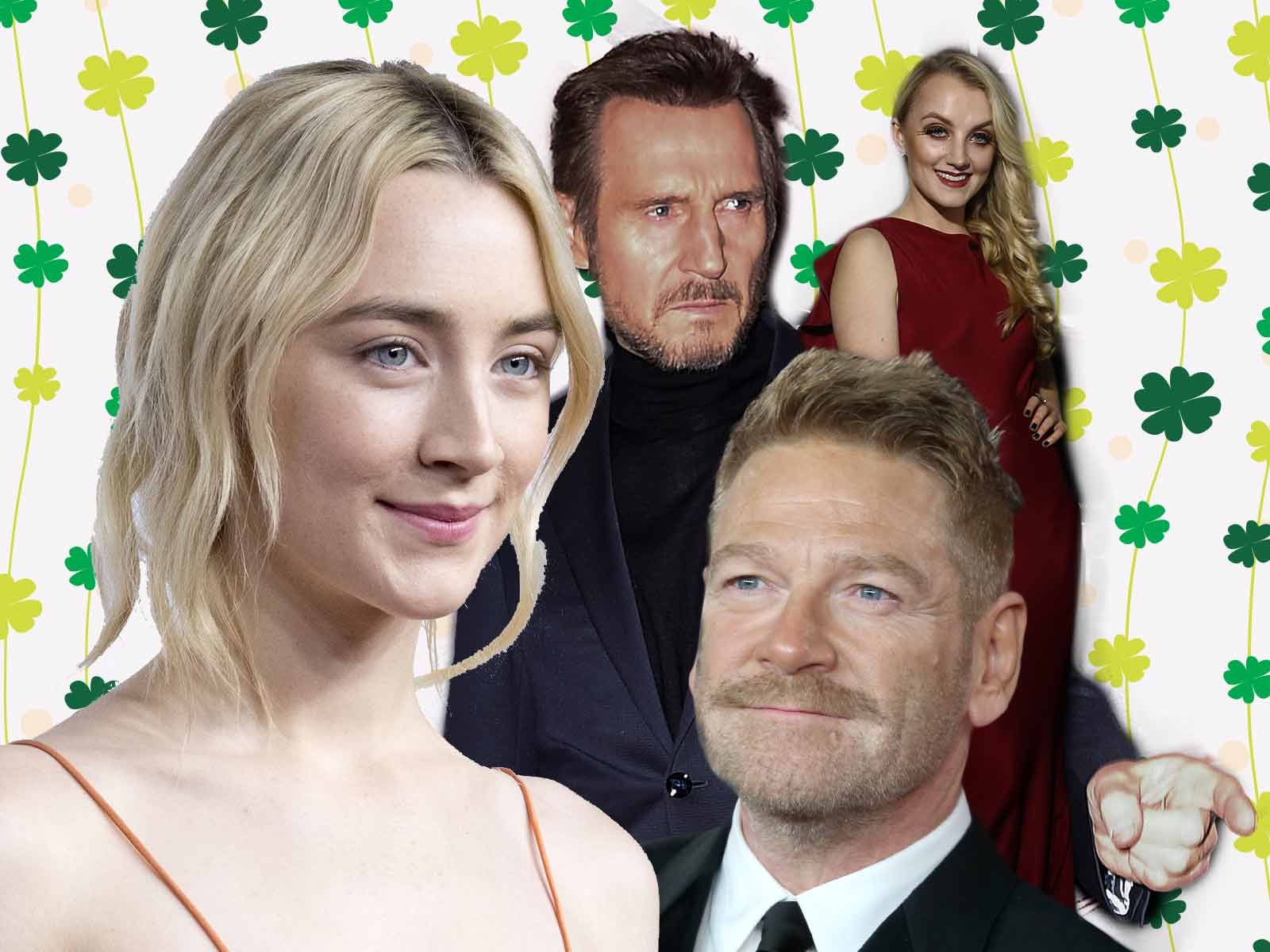 To honor the wearin' of the green we're shining a shamrock on some of our favorite actors, actresses and musicians who hail from the Emerald Isle.

Born and raised in Northern Ireland but an internationally beloved man of mystery.

The most Irish name ever that everyone finally learned how to pronounce this year (FYI it's SER-sha). Ronan was surprisingly born in the U S of A in The Bronx but she moved with her Irish pants to the motherland when she was 3-years-old.

Farrell was born in Dublin. His father played football for a team called the Shamrock Rovers.

Caitriona, whose name is pronounced like Katrina, stars in Starz' "Outlander" where she plays an English woman in Scottland. Really, she was born and raised in Dublin.

The twenty-something heartthrob who made a name for himself in the UK band One Direction was born in Mullingar, Ireland.

The actress who famously played Luna Lovegood in the "Harry Potter" franchise is from a town in Ireland that we could not pronounce if our lives depended on it: Termonfeckin. Kinda sounds like a Gaelic curse word and we love it.

Keeping it in the HP family, Fiona Shaw, who played Aunt Petunia in the franchise is from Cork.

Another Northern Ireland native, Branagh was born in Belfast. When the actor moved to England he said none of the kids in his new school could understand his accent.

Bono, whose real name is Paul David Hewson, was born in Dublin. He's pretty much an Irish God.

He might have played one of the most famous English Kings but Meyers is actually from Dublin. His real name is Jonathan Michael Francis O'Keeffe - which is about as Irish as you get.

Everyone is probably familiar with this famously bald Irish singer whose career has been steeped in controversy. Last year she changed her name to Magda Davitt. So, yeah.

The "Peaky Blinders" star was born and raised in Cork, Ireland. He started getting involved in acting while at University College Cork.

Lord Petyr "Littlefinger" Baelish might live at the Vail but he hails from Dublin.

Michael Flatley, Lord of the Dance

*Not* actually from Ireland but of Irish heritage and as far as most American's go, as Irish as ya get.