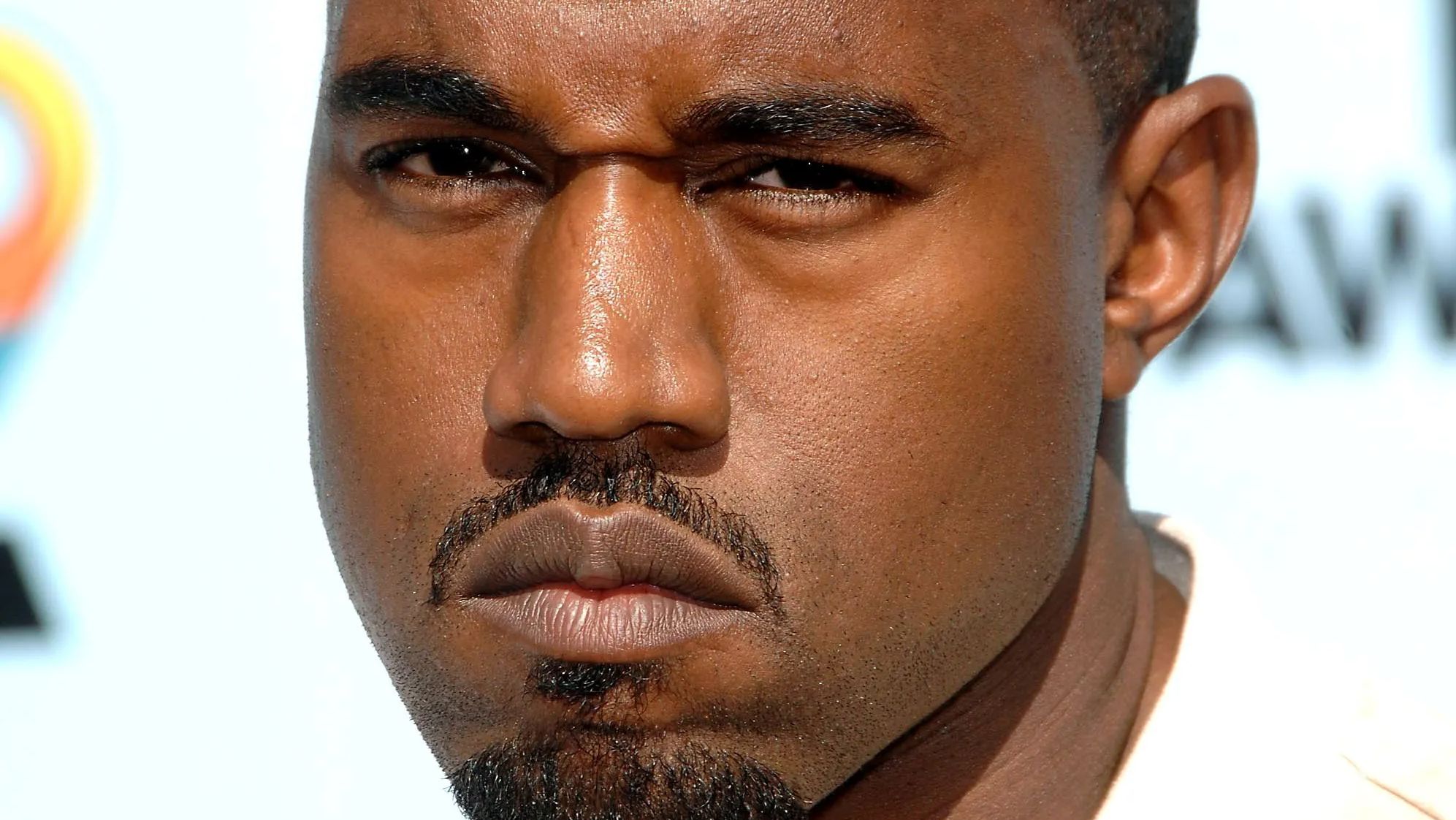 Kanye West has hit that ‘Unfollow’ button hard and fast.

The rapper is quite literally done “Keeping Up With the Kardashians”.

West, who is infamous for his Twitter rants, has made sure to unfollow his estranged wife, Kim Kardashian, and all of her sisters on the platform.

It’s unclear if this move to unfollow his former wife and in-laws came before or after the birthday tributes came flooding in on Tuesday, June 8.

The flurry of tweets came out during his presidential campaign.

On July 21, 2020, West revealed that Kim and Kris had been trying to fly to Wyoming with a doctor to quote, “lock him up like the movie 'Get Out',” claiming that their reasoning was all because he cried about saving his daughter’s life during his speech against abortion.

He provided evidence for this claim in the form of a screenshot from a text conversation he had with Kris.

West claimed Kris was dodging his calls, and he swore his children would NEVER pose for Playboy like their mother did. 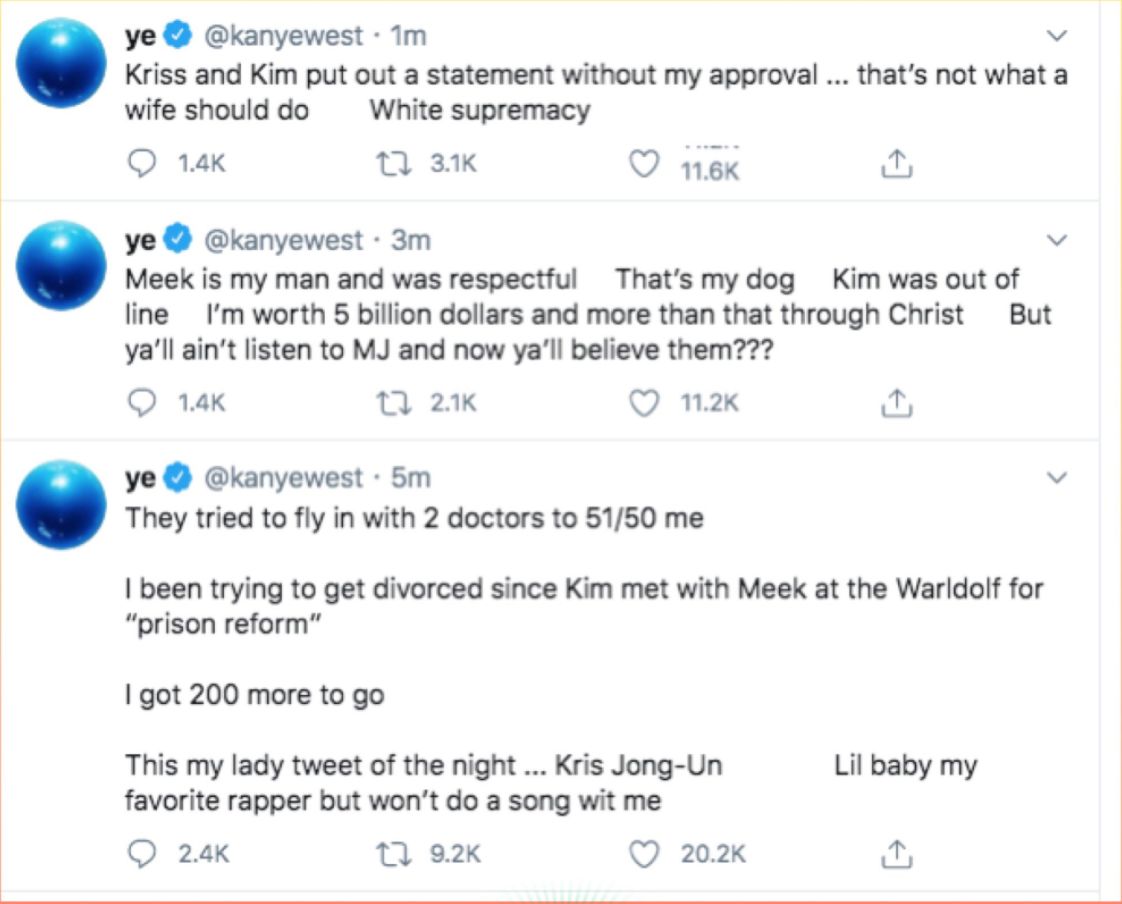 West continued to share even more personal thoughts in a series of now-deleted tweets that read, “Kris and Kim put out a statement without my approval. That’s not what a wife should do. White supremacy.”

In another tweet, Kanye made this shocking claim saying, “They tried to fly in with 2 doctors to 51/50 me. I been trying to get divorced since Kim met with Meek at the Waldorf for quote-un-quote ‘prison reform.’”

This led many fans to believe West was alluding to an affair between the two. This is all speculation.

He then took another shot at Kris calling her “Kris Jong-un,” a reference to North Korean supreme leader, Kim Jong-un. 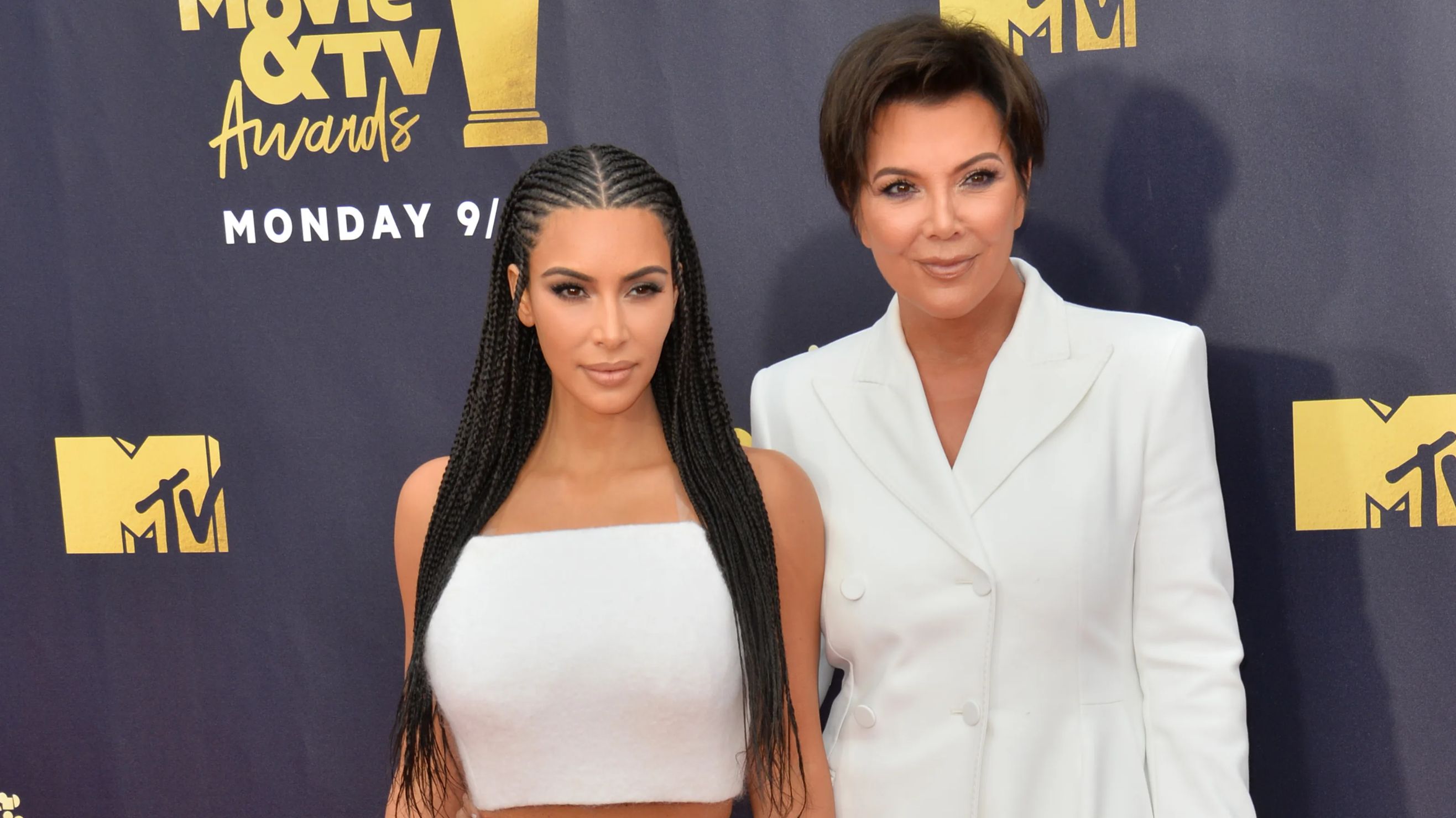 Kim publicly addressed the tweets soon after her estranged husband fired them off.

She wrote on Instagram, “Those that understand mental illness or even compulsive behavior know that the family is powerless unless the member is a minor. People who are unaware or far removed from this experience can be judgmental and not understand that the individual themselves have to engage in the process of getting help no matter how hard family and friends try.”

Kim continued, “We as a society talk about giving grace to the issue of mental health as a whole, however we should also give it to the individuals who are living with it in times when they need it the most.”

She closed out her message by asking fans to give her family peace, privacy and compassion.

As The Blast previously reported, West has sparked romance rumors with supermodel, Irina Shayk. She was formerly linked to Bradley Cooper and the two share a daughter together.

According to reports, their romance has been brewing long before their getaway to France.

They were reportedly in New York City together for the DMX memorial service at the Barclays Center in Brooklyn as well in late April. Sources close to the situation also say that the two have been seeing each other as far back as March.