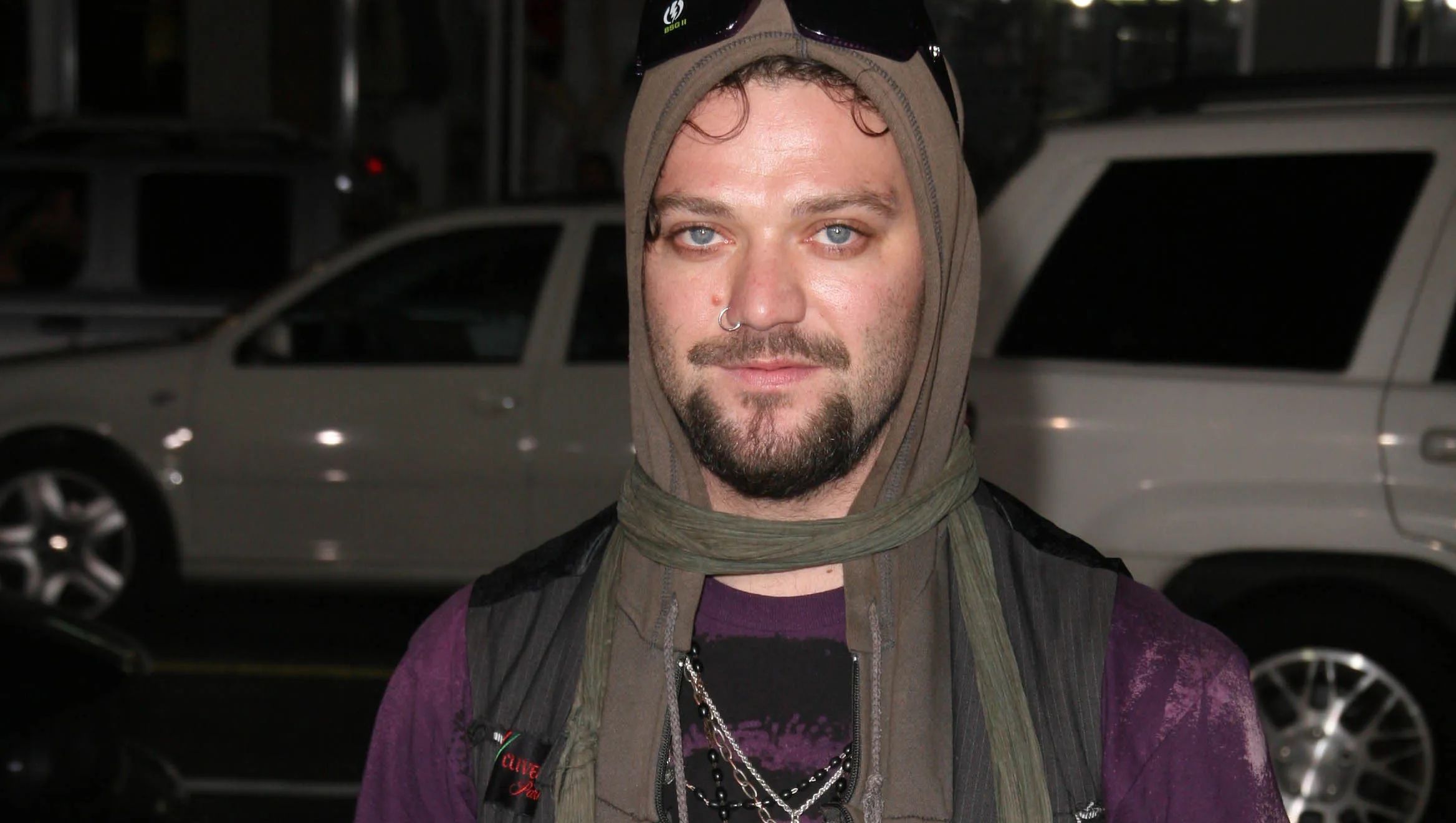 Bam Magera is being accused of using racial slurs while sending threatening text messages to the 'Jackass' director Jeff Tremaine.

According to legal documents, obtained by The Blast, Tremaine filed a restraining order against the movie's lead character after he claims he received death threats and is in fear for his family's safety.

In the filing, Tremaine included alleged text messages sent to him by Bam, which included a message in which he calls him the n-word. (Tremaine is white)

The director claims he has been the victim of Bam's rage since February after producers issued an ultimatum and contract to the 'Jackass' star to maintain sobriety during the filming of the newest movie in the franchise. 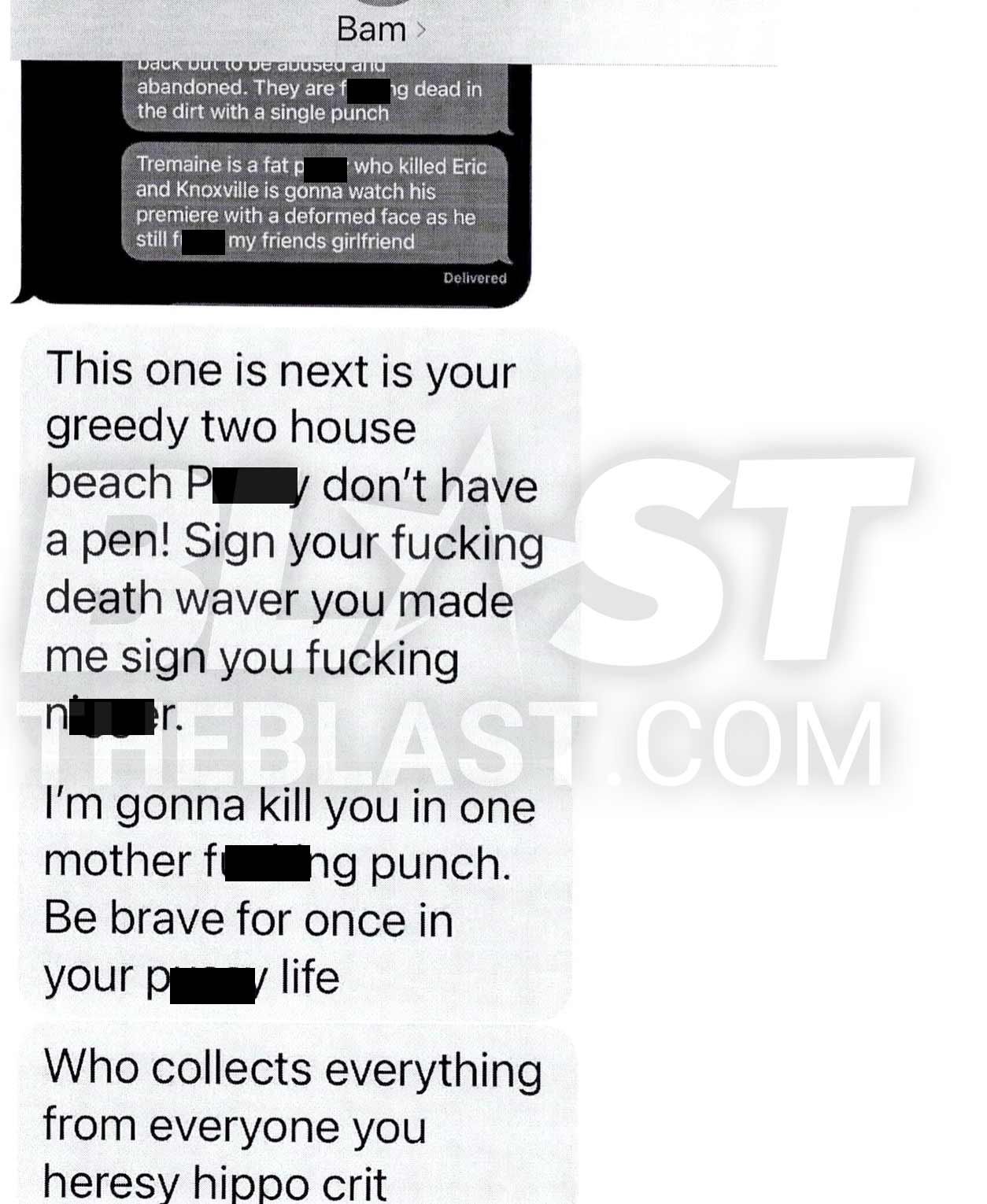 In the documents, Tremaine says he has worked with Bam for over 20 years and during that time Margera has struggled with mental health and substance abuse issues.

“Unfortunately, during the last several months, and particularly in the last couple weeks, Mr. Margera has threatened my life and that of my family. I am in great fear for my and my family’s personal safety," he said in the request for a restraining order.

In early May, Tremaine claims Bam sent a chain of disturbing text messages that included, "This one is next is your greedy two house beach Pu--y don't have a pen! Sign your f---ing death waver you made me sign you f---ing Ni--er."

Adding, “I’m gonna kill you in one mother f---ing punch. Be brave for once in your pu--y life."

At this point, he claims the 'Jackass' star started to threaten his children. 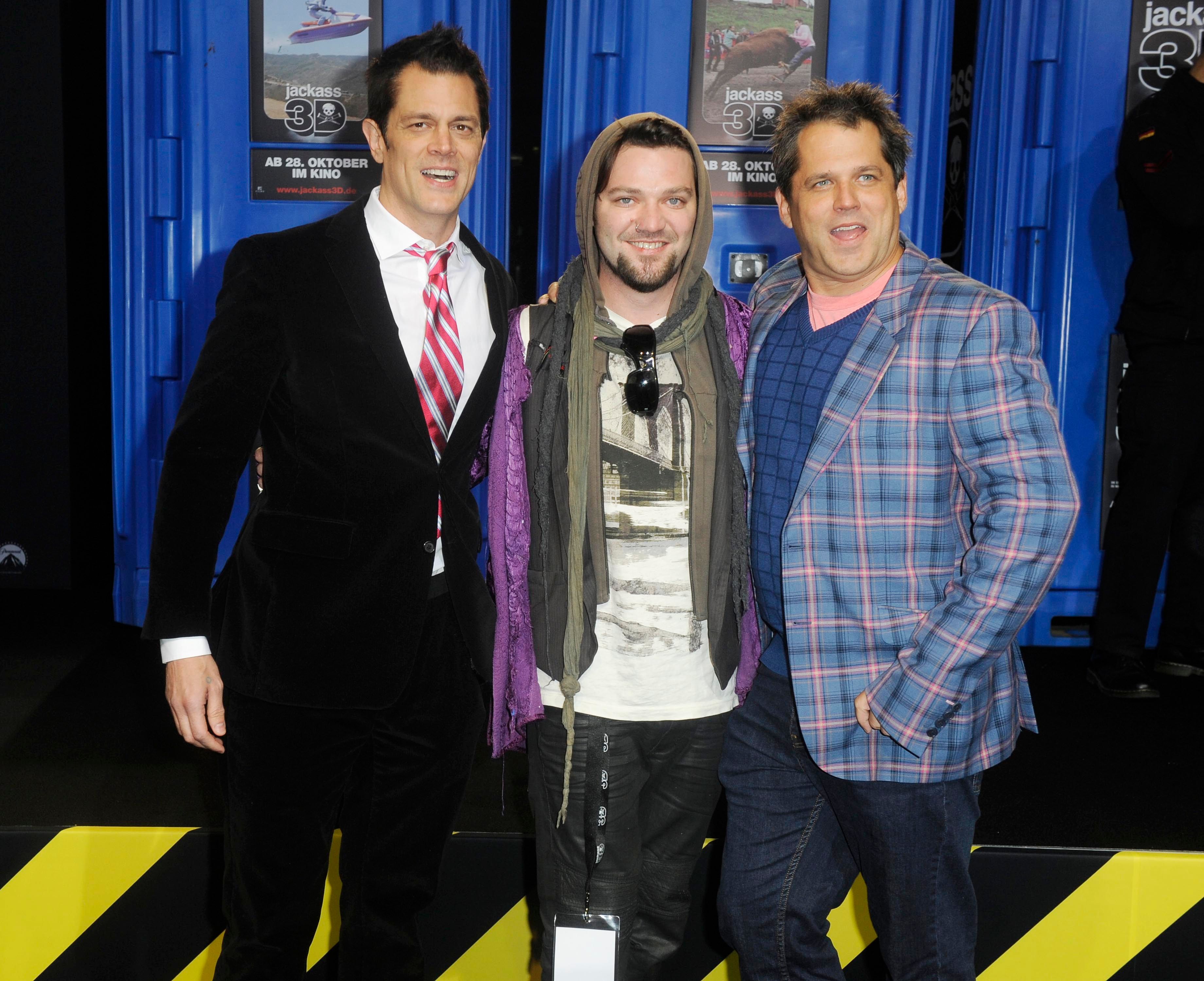 It continues, “Sign your fing contract or your life will change” “Write a check f* boy, when ever you don’t do it, stare at your kids. And look at them you greedy F*you boy."

According to the documents, Bam also allegedly went after co-star Johnny Knoxville, saying, "Tremaine is a fat pu--y who killed Eric and Knoxville is gonna watch his premiere with a deformed face as he still f--ks my friend's girlfriend."

As we reported, Bam has accused the movie's producers -- including Tremaine -- of making him sign a contract where he was forced to enter a treatment facility which made him take a large number of prescription drugs. In the end, he claims he was suicidal.

A judge issued the restraining order, and Bam is ordered to stay 100 yards away from Tremaine and his family.