Miley Cyrus remains under Instagram's polite reminder that she wasn't quite in keeping with its "community guidelines" after a series of self-posted nip slips earlier this year had the platform straight-up limiting her hashtag. The 27-year-old singer whose sheer and braless crop tops are her trademark made headlines in March after the 7 million+ Instagram results for her hashtag were watered down to under 100. The mostly wholesome and often-outdated images of the "SHE IS COMING" singer continue to be accompanied by Instagram's message:

"Recent posts from #mileycyrus are currently hidden because the community has reported some content that may not meet Instagram's community guidelines."

Miley Cyrus Back In Bikini For Round Two
ARTICLE CONTINUES BELOW 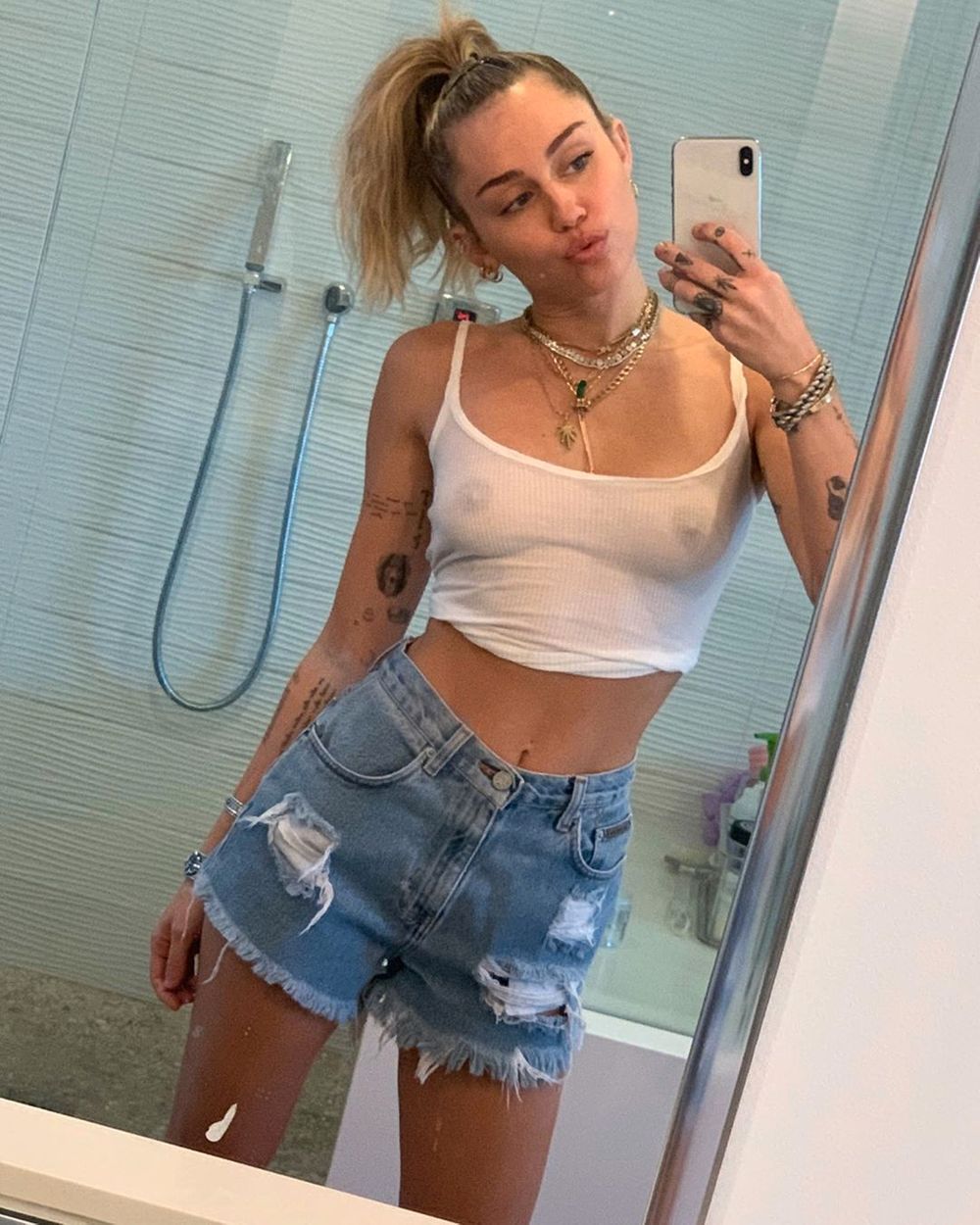 Miley, currently fronting media outlets as mom Tish gave her a quarantine mullet haircut, has found a little hack around Instagram's limit. It's called self-posting to the platform's stories, although content share via this method only remains live for 24 hours.

Miley's stories today kicked off with the pixie already dubbed by Vogue as "nothing like the haircuts your mom used to give you." The blonde then snuck in a quick and cheeky throwback selfie of herself in ripped denim shorts as she flashed a little chest in a semi-sheer white crop top with the braless vibe alive and well.

The Photo Shouting Out Her Pixie Mullet 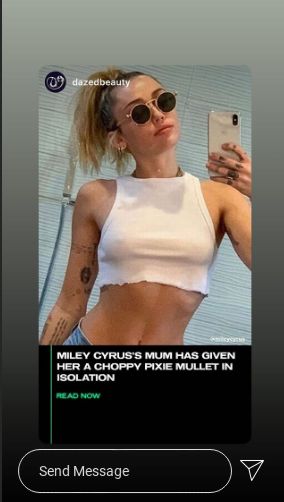 Miley's Wednesday photo proved similar to a bathroom image that is now very much not under #mileycyrus on Instagram. It showed the former "Hannah Montana" star in selfie mode and flaunting her stunning, rock-hard abs in a bathroom, also seen rocking her former ponytail-length hair up, plus delivering sassy vibes from behind shades.

Miley has toned down the ante-upping on her Instagram – followed by 108 million fans – since COVID-19, with the singer's feed largely coming dedicated to coronavirus relief, plus her hit "Bright Minded" Instagram series.

Addressing Getting Her 'T*ts Out' 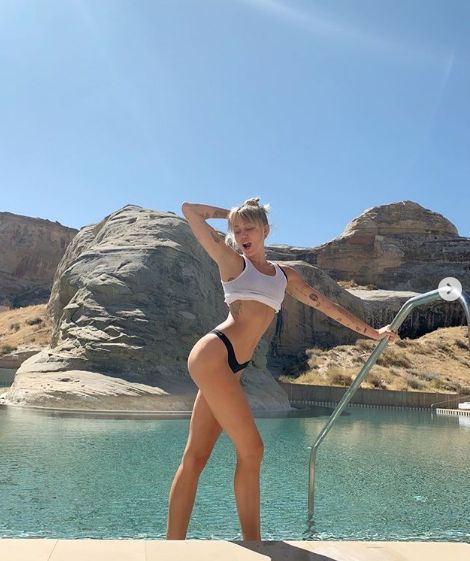 Miley has addressed the sexually-charged vibe that's part of her package. Prior to her 2019 split from "The Hunger Games" actor husband Liam Hemsworth, the star spoke to Elle.

"I think now I actually have the respect that I want. When I walk into a room, people may think, “Okay, she gets her t*ts out.” But they also think, “But she’s got a fucking sick voice,” and that’s all I care about."

Miley's "sick voice" has, indeed, made its mark, with 2019-released six-EP album "SHE IS COMING" debuting at number five on the U.S. Billboard 200.

Little Sister Noah A Chip Off The Old Block 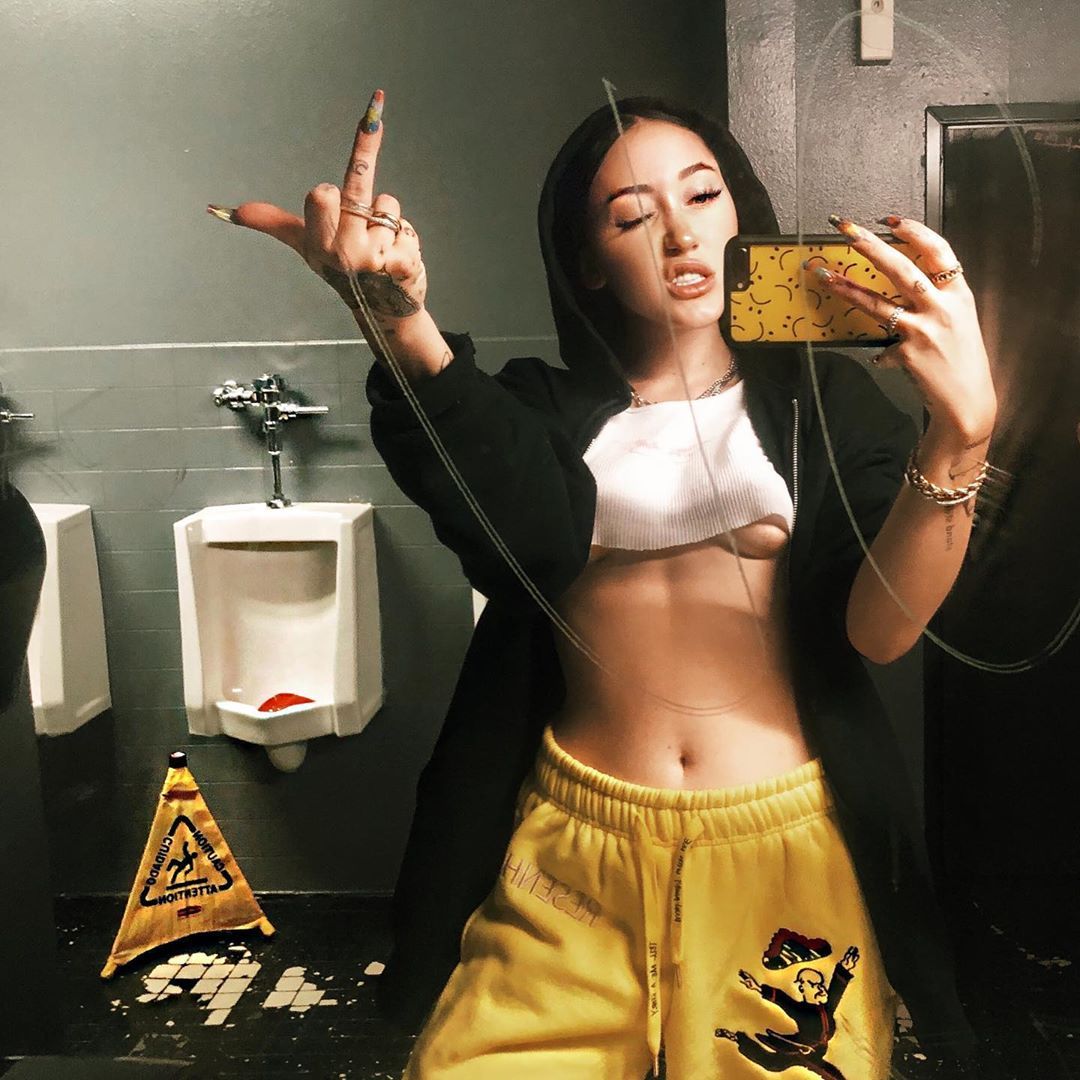 Feminine-strong attitudes run deep in the Cyrus family. Miley is the middle sister amid mom Tish's three daughters – she's sandwiched between 32-year-old DJ and fashion editor Brandi, plus "I Got So High That I Saw Jesus" singer Noah, aged 20. Noah regularly makes headlines for lifting her shirt on Intagram – just this week, the beauty wound up in the news for exposing her chest in a transparent tank in a no-pants look.