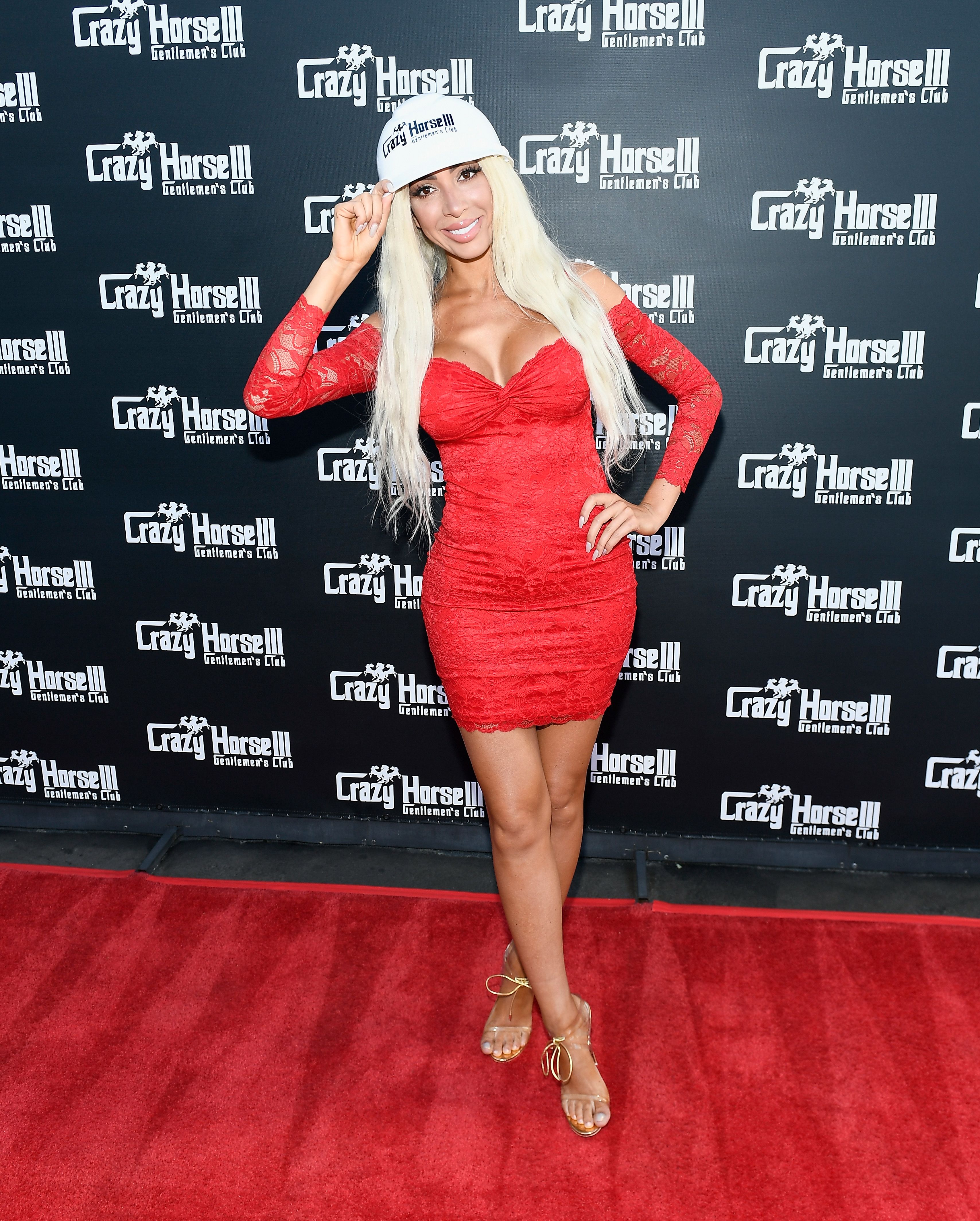 Farrah Abraham is getting slammed for her Christmas tree prep. The former Teen Mom OG star kicked off the week in a festive mood as she took to Instagram to show off her Christmas tree, but fans of the 28-year-old haven't proven too keen on her super-skimpy look.

If you haven't yet seen the video, you might want to watch it with the kids in another room. Farrah was seen shimmying around her fully-decorated tree in barely-there and fiery-red lingerie boasting suspenders and a thong finish – Farrah herself was looking glammed-up and sexy as she danced around before sitting near a piano and admiring her tree.

Check out the video below. 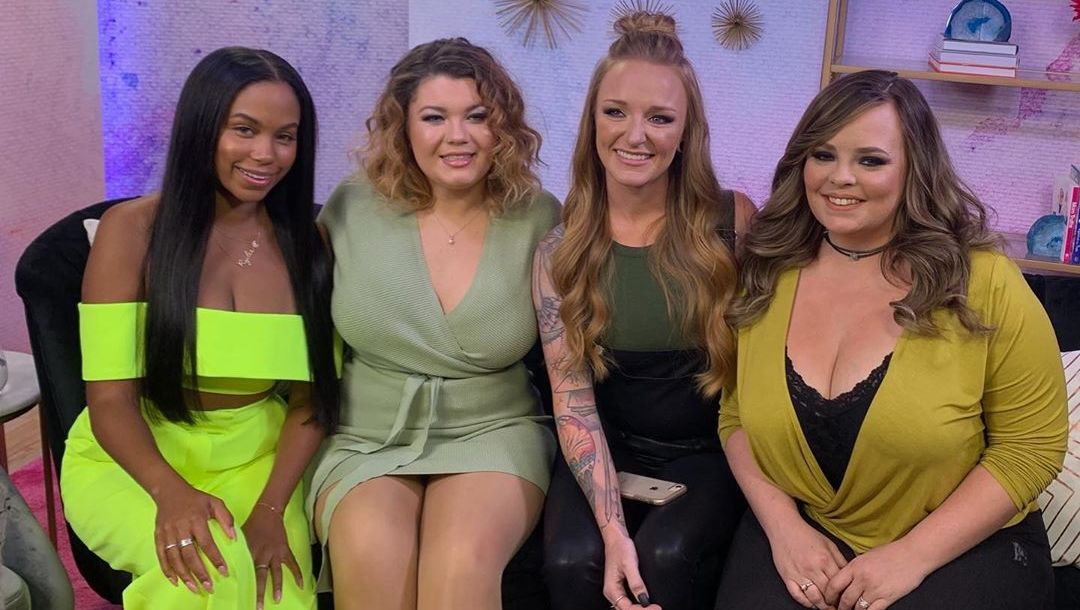 Instagram seems to have its thoughts. Farrah's video wasn't exclusively slammed – early comments to the video sent Farrah the thumbs-up – but not everyone has been finding the content appropriate.

"Yeah cause that's how everyone decorates a Christmas tree," a fan wrote.

"You ruin all your self-respect as a mom with stuff like this...cluelessness," another said.

"I really hope Sofia [sic] was not in that room while you were dressed like that. No child should see their mother like that" was another comment.

The Slamming Just Keeps On Going 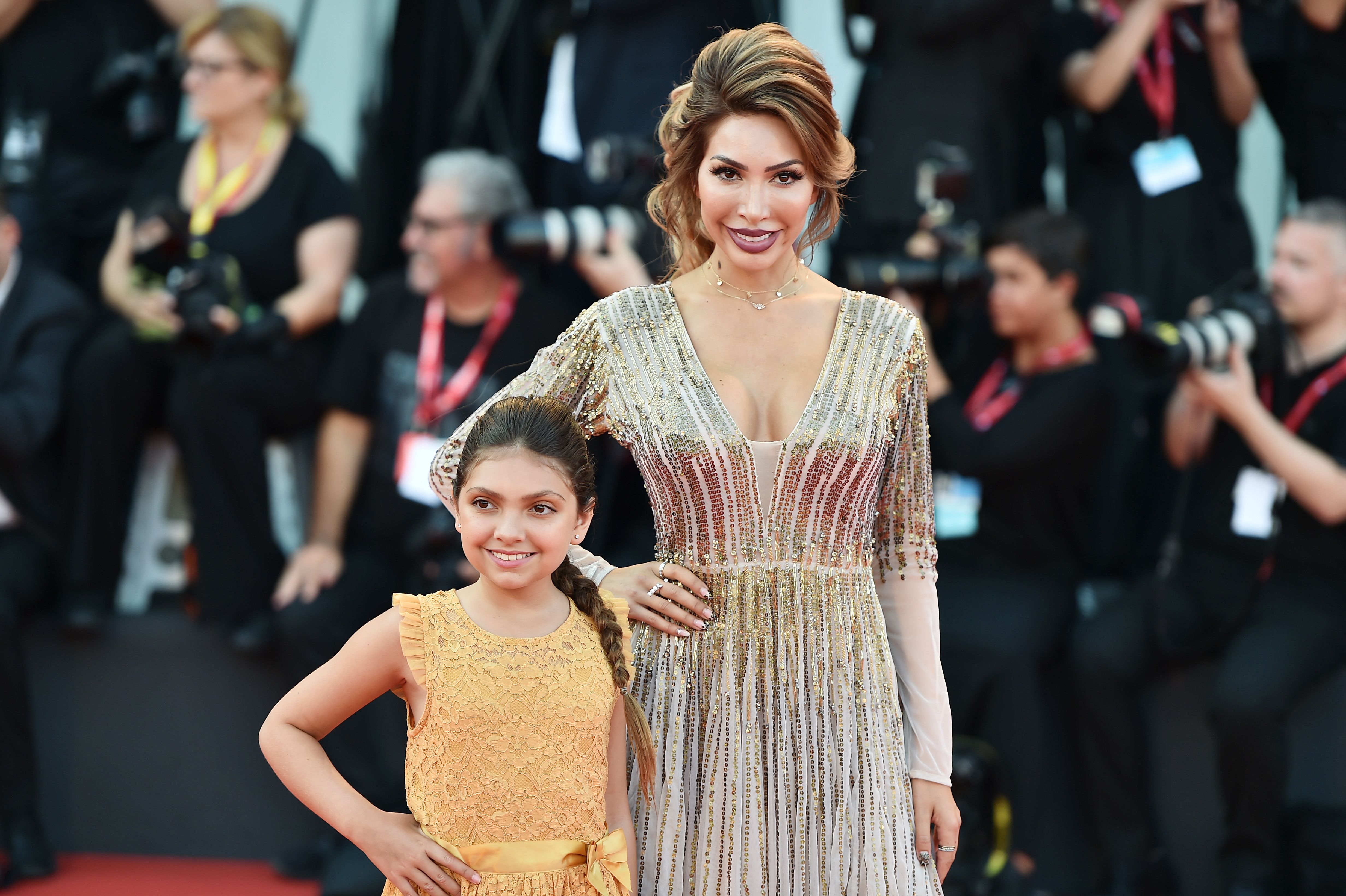 Unfortunately, for Farrah, the backlash wasn't isolated to the odd comment. Users took to the comments section by the masses to voice their disapproval, with Farrah's daughter Sophia mentioned by a fair few of the star's followers.

"I really hope you didn't have your daughter video this but I wouldn't put it past you!" one fan quipped.

"So if Sophia recording @farrahabraham," a fan queried.

Trolling as the comments may be, they are reflective of what is an ongoing concern with Farrah. The star's NSFW Instagram account is followed by her 10-year-old daughter, with many of Farrah's fans feeling this to be inappropriate.

Yes, the internet loves to hate. No, it doesn't just pick anyone. Farrah has been raising eyebrows ever since her career in the adult industry took her away from Teen Mom OG. Whack on the extensive plastic surgery, mysterious travels to Dubai, and the fact that Farrah's own mother has hinted that her daughter might be a paid escort, and that's a fair few reasons for social media to bash Farrah.

That said, it's worth noting that Farrah's Christmas tree video did garner some positive replies. 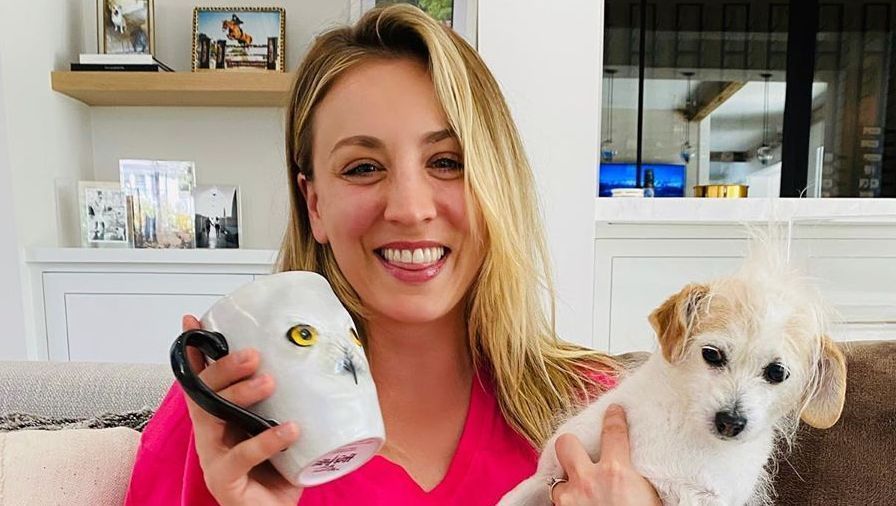 And The Teen Mom Cast Have Been Giving Her The Cold Shoulder, Too

What the cast thinks? Well, Teen Mom OG star Catelynn Lowell has stated that Farrah isn't welcome back onto the series that made her so famous.

“She hasn’t changed as a person. She even said she would only come back if things were her way. She’s still the self-righteous person she always has been and we don’t need that type of attitude in our loving group," Catelynn said back in September.

“Now, if she was a caring and loving person, maybe, but that’s just not who she is and Cheyenne is, and for that reason, all of us Teen Mom girls love Cheyenne," she continued, mentioning Teen Mom OG's Cheyenne Floyd.

And Yet, You Still Clicked On This...She's Still Entertaining Us 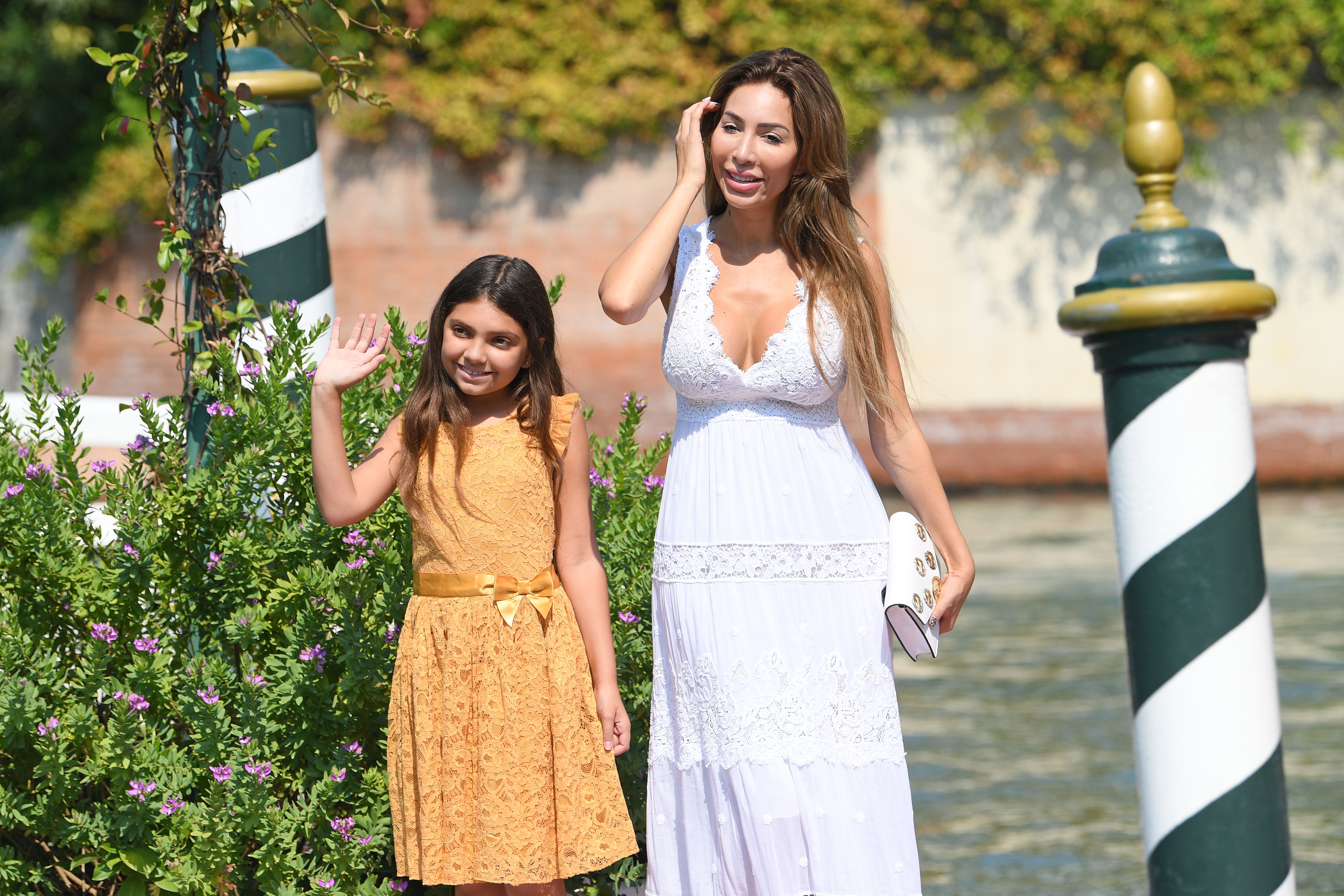 Call her irrelevant. Slam her all you like. If you clicked on this, you're still thirsty for Farrah content. Disgraced as Farrah may be for "choosing" to "quit" Teen Mom for a career in adult entertainment, she's still generating a ton of internet traffic.

Farrah shot to fame on MTV's 16 and Pregnant before becoming a core member of Teen Mom OG. Her 2019 departure from the franchise remains a talking point, although for Farrah's followers, it's her status as a mother to Sophia that seems to remain the most concerning issue. 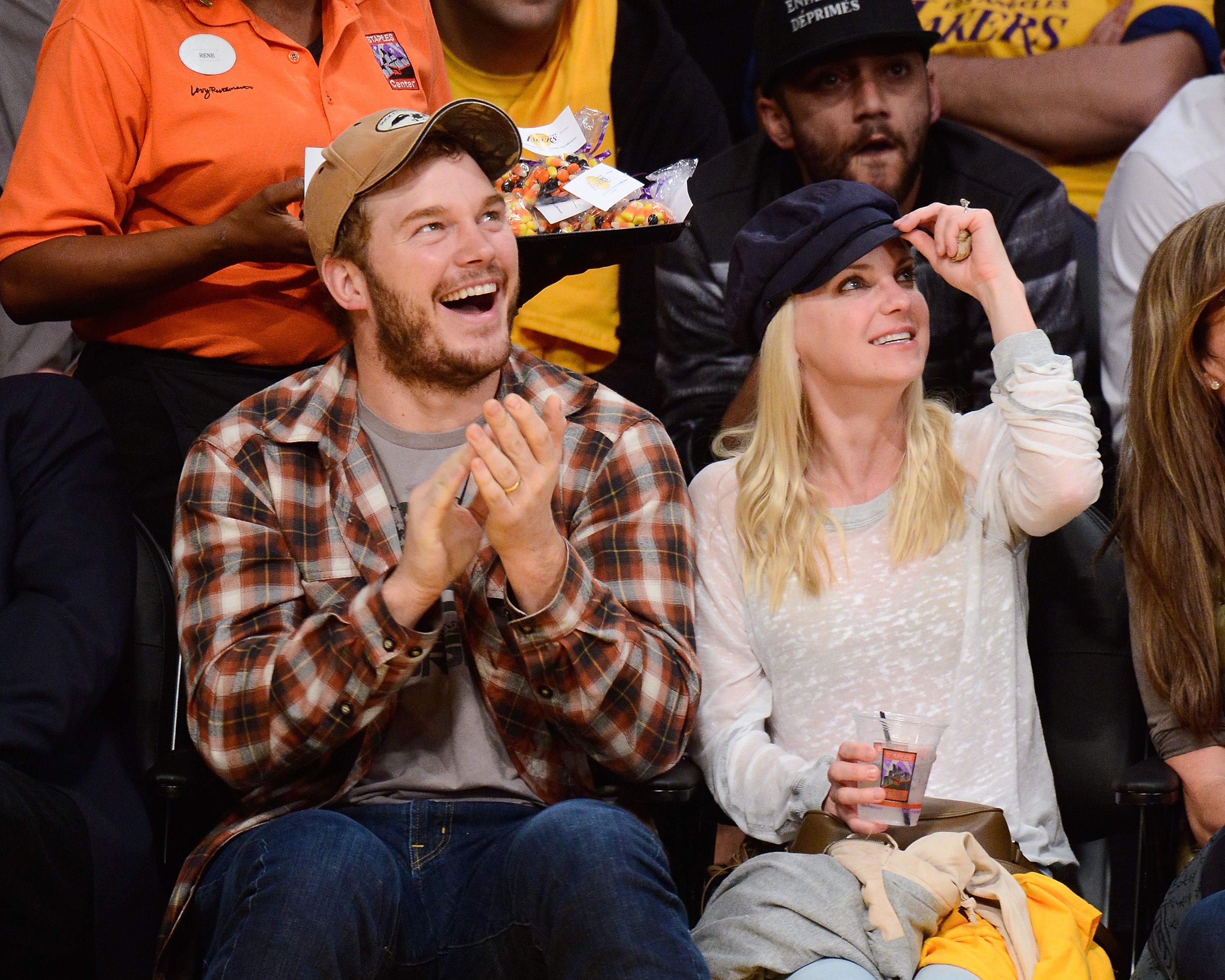