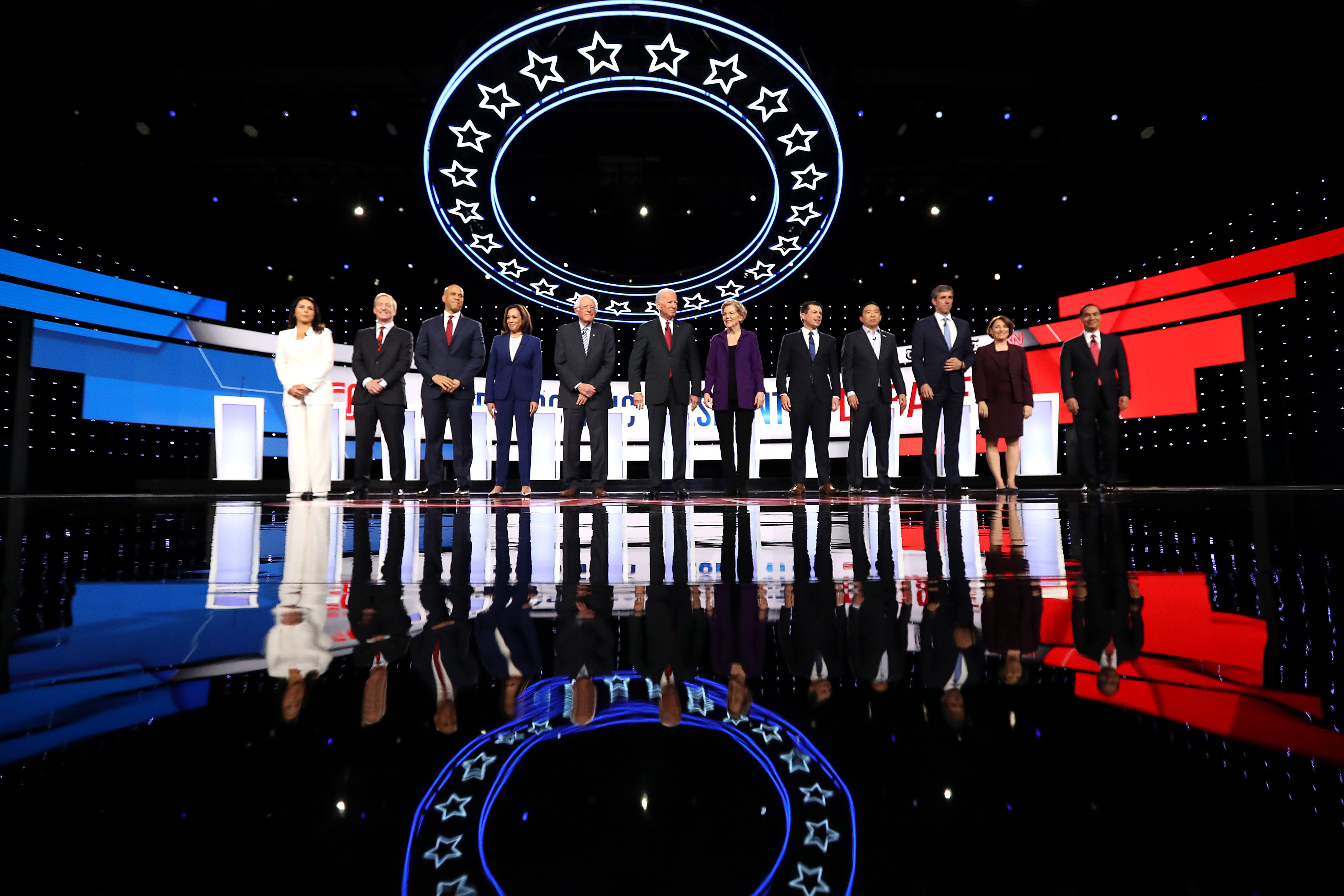 Democratic Polls After the 5th Debate

The next Democratic Debate will be held on December 19. During the month between the debate on November 20 and then, the polling for each candidate can look entirely different than right now. In the recent polling from Iowa, mayor of South Bend Pete Buttigieg has shot up to the top spot in the polls, holding a comfortable lead between +7 to +10 above the next closest candidate.

Buttigieg, according to a fivethirtyeight.com survey entered the 5th debate in Atlanta with the fourth-highest pre-debate favorability behind Senators Elizabeth Warren, Bernie Sanders, and former Vice President Joe Biden and exited with the best debate performance.

Warren and Sanders were the only other two people on the debate stage that exited the night with a net positive rating from their performances. Senators Cory Booker and Kamala Harris both exited the night with neutral to slightly negative ratings from their time on the debate stage. This is followed by Senator Amy Klobuchar and entrepreneur Andrew Yang, one of only two people on the stage without any experience in politics but has galvanized a very strong and loyal following, similar to Bernie Sanders and Donald Trump's following back in the 2016 election.

Biden, while holding a lead in the majority of the states currently, has continued to struggle to keep that lead debate after debate. While matching with Warren for holding the highest pre-debate favorability, Biden's performance was rated as negative as the continued controversy into his son's Hunter ties to Ukraine.

Pulling up the rear are Tom Steyer who has made the issues of the climate the most important in his agenda and Congresswoman Tulsi Gabbard who has focused his campaign on limiting US military interventions around the world and corruption within political parties. Gabbard might have had the exchange of the night with the surging Mayor Pete Buttigieg.

Emerson National Poll has Vice President Biden and Senator Sanders in a tie for the top spot for the nomination, with Senator Warren and Mayor Pete right behind them. Biden holds leads in the Primaries in New York, Wisconsin, Arizona, South Carolina, and Nevada. In New Hampshire, Warren holds a strong lead and is only one point behind Biden in the state of California. Senator Sanders, while usually finishing second or third in each poll, still has yet to take a clearly defined lead in the current primary states.

At the moment, only six candidates have qualified for the 6th debate in December: Biden, Sanders, Warren, Klobuchar, Harris, and Buttigieg. The rest will have just under a month to qualify for the Los Angeles stage in December.