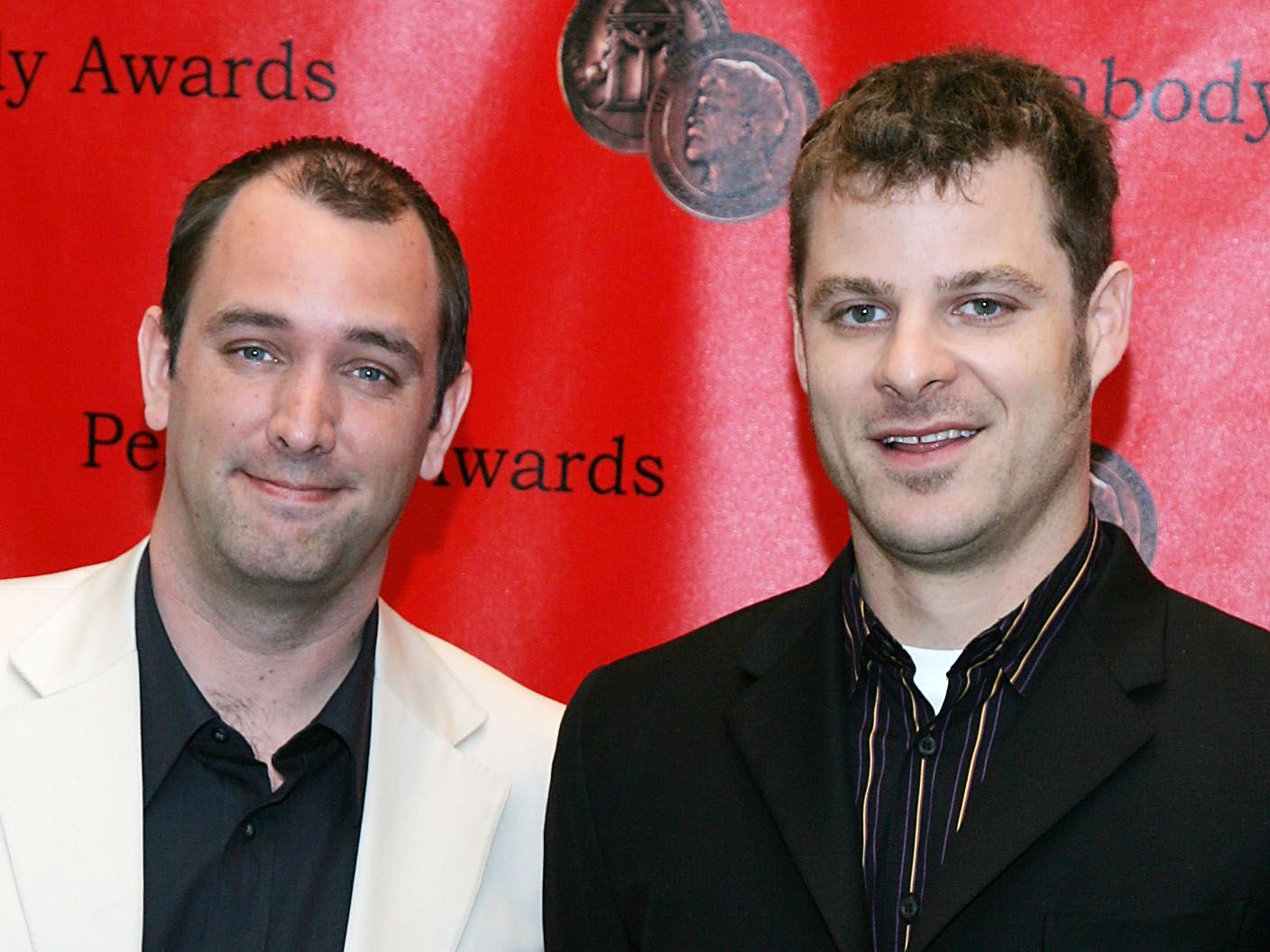 Wikimedia | https://commons.wikimedia.org/wiki/File:2006_Trey_Parker_and_Matt_Stone_at_Peabody_Awards_cropped.jpg
Nov 20, 2019 at 3:02 am UTC By Daniel Johnson

South Park has never been a show that has been seen as politically correct at any point during its 23 years on television. In fact, the creators Matt Stone (right) and Trey Parker (left) has taken the opposite approach and has relished in being called politically incorrect and offensive at times, to the point that the show has recently added the character of "PC Principal" as the new principal for the elementary school in the show. Along with PC Principal, the creator also added the character of "Strong Woman" as the vice-principal and partner for PC Principal.

Over the past few years, the two men have used their show to discuss and give their critique on PC culture. Their latest episode of South Park, though did not explicitly tackle the question of political correctness, has certainly caught the attention of the public for their portrayal of a transgendered female athlete.

In the episode titled "Broad Girls," Strong Woman competes in the "strong woman" competition where she and the rest of the field are dominated by a transgendered woman who is designed as a parody of Macho Man Randy Savage, named Heather Swanson. Swanson is said to have just decided to identify as a woman two weeks prior to the games and she quickly becomes the top female athlete in the world.

It is later revealed that Swanson was VP Stong Woman's misogynistic ex-boyfriend Blade Jaggert who is looking to torment her and disparage women sports in general. Heather Swanson is only defeated at the conclusion of the episode by students at the elementary school in a series of board games in the B-plot.

Understandably, the character of Heather Swanson was viewed as a stereotypical, derogatory idea of transgender women who transition later in life and was met with some backlash, most notably from an actual transgender athlete. Rachel McKinnon, the first trans athlete to win the women's World Masters Track Cycling Championship, wrote a Twitter post against the creators and the show.

"I’m not particularly mad about the South Park episode,” she said. “Yes it’s transphobic. Yes it’s lazy. Yes it contributes to harm to trans women and girls. But they’re lazy and increasingly irrelevant. F***, Futurama made the same stupid storyline in 2003. Transphobes don’t have new jokes.”

She added: ”South Park has been deeply transphobic the entire time. This isn’t their first explicitly transphobic storyline. It won’t be their last. Stone and Parker are transphobes. Write them off. Ignore their lazy show.”